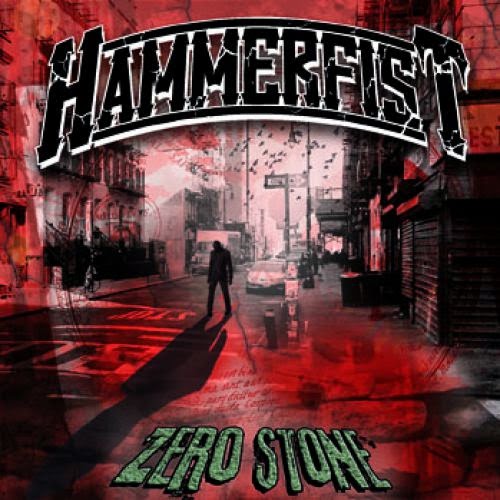 Hammerfist - Zero Stone (Rucktion) - Fuck, this shit is heavy! Not much have changed compared to band’s previous albums but if it ain’t broken, don’t fix it. After first listen I knew I got what I expected from this album - the vocals are maniac and the riffs are massive. Much of the album has a strong old-styled metallic hardcore vibe to it that I'm really feelin. It’s kind of stuff you know from Merauder or Hatebreed albums, and it’s done so right. For more traditional, faster hardcore parts check out tracks like Carry The Weight, while Skin Change and Illusio deliver heavy breaks that weight tons.

The vocals sound rough and on point, not only matching the quality of band’s music but helping to bring out even more aggression out of these tracks. Lyrically, the band is strong as well, many kids will be able to relate to much of the content of the songs. Apart from more personal topics, many of the songs bring that sense of working man’s pride, importance of facing the responsibilities and being accountable for your actions. At least that’s a feeling I’m getting, and as I get older this type of grown man shit is becoming more and more important to me.

Overall, the album is very good, but the fact that it’s all been done before holds it back from being great. The band rarely changes their flow throughout the album, but it doesn’t take away that Zero Stone is proud and focused record. The band definitely got a good chemistry going and when they’re at their best they can be pretty damn dangerous.