Life For A Life Interview

You might remember Life For A Life from an interview I did with these dudes back in 2012, but the band has been doing some cool stuff lately with music and shows so I thought I might catch up with them again and ask about some recent stuff. It took me about two months to post it, but here it is. Read the interview and then head to band's facebook and bandcamp to check music and keep yourself updated on the band.

You might remember Life For A Life from an interview I did with these dudes back in 2012, but the band has been doing some cool stuff lately with music and shows so I thought I might catch up with them again and ask about some recent stuff. It took me about two months to post it, but here it is. Read the interview and then head to band's facebook and bandcamp to check music and keep yourself updated on the band.


Hey man, first of all, how did the tour with Vice go? Was it your first time playing East Coast?

The East Coast Tour was phenomenal. We all had a really good time traveling and playing shows with Vice. They are really good dudes and we love them. It was indeed our first time hitting the east coast, but surely not our last. We plan on going back as soon as we can. We've toured as far as to Texas and thats pretty much as far "east" as we've ever gone before this tour.

Do you feel kids in different part of US receive your music differently than in your hometown?

Yea truthfully we do feel that way but it's not a bad thing. Kids will always have their own way of interpreting music. Especially Hardcore music which is known for touching "touchy" subjects in life that most mainstream artist never will. I had a guy come up to me in Ohio and tell me that one of our songs helped him get through a death in his family. He said he listened to it over and over again just to relieve the pain. It made us feel really good that our music had that kind of outreach. 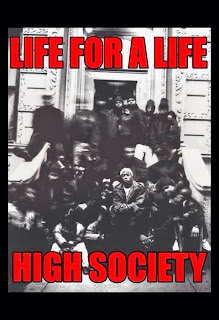 What’s the craziest shit you’ve seen at a show?

This one is a hard one. The craziest shit i've seen in my whole entire life has been at shows, and ever year something new tops it. I've got to say though, that the most craziest and most ignorant thing i've seen at a show was a guy pull his penis out and urinate while circle pitting. It was very disrespectful and the guy though it was a funny joke. Fortunately he got kicked out of the show and dealt with.

Is there anything that surprised you on that tour?

One thing that surprised all of us was how much merch we sold. For us to be a small band and touring in unknown territory, we got a lot of support. We sold more than half of all our merch during the first week on the eat coast, and gained tons of new friends. We even had people who offered to donate money to us no matter how much we tried to turn it away. It amazes me sometimes how far the Hardcore community has come.

After the tour, do you think there’s much difference between hardcore scenes in East and West Coast of US of A?

There is indeed a difference but its nothing thats too superficial or lacking any depth. The support is still there and the message is the same. No matter how far you go, we are all still some fucked up kids with no where to go. 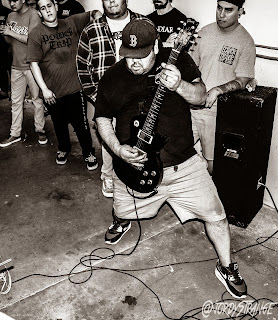 Who are some of the biggest influences on your sound?

One good thing about Hardcore music is that's it's a blend of all kinds of different music into one. We each have a different influences that are so different from each other that when we put it together it sounds amazing in our eyes. However one big influence is the city that we come from. Our hometown brings a lot out of us instrumentally and lyrically.

The Otherside sounds tight, it’s one of the best stuff Ive heard recently. How long was it in the making and are you satisfied with it now when it’s ready?

Thanks glad you like it :)
The Otherside was more of a ticking time bomb. The album his highly influenced by The Antelope Valley and the City of Lancaster, of which most of us currently reside. The control that certain "public figures" have over the music scene and laws was too much for most of us to deal with and we just couldn't take it anymore. We our more than satisfied with the end results of the EP and hope the message is clear.

What are the main topics you deal with in your songs? Is there anything you hope kids listening to your songs can get from it?

The main thing that we would like kids to carry on with them from listening to our music, is that you are not alone in struggles. Hard times come and go, but don't ever try and forget where you've came from. The future is bleak and unforgiving, but the past is true. Don't listen to everything you hear in the media and only believe what you can see. Never give up on your scene. If it's dead, it's your fault. Do something about it. Start a band, a label, a blog, or a shirt pressing company. Do something to keep your music scene alive. 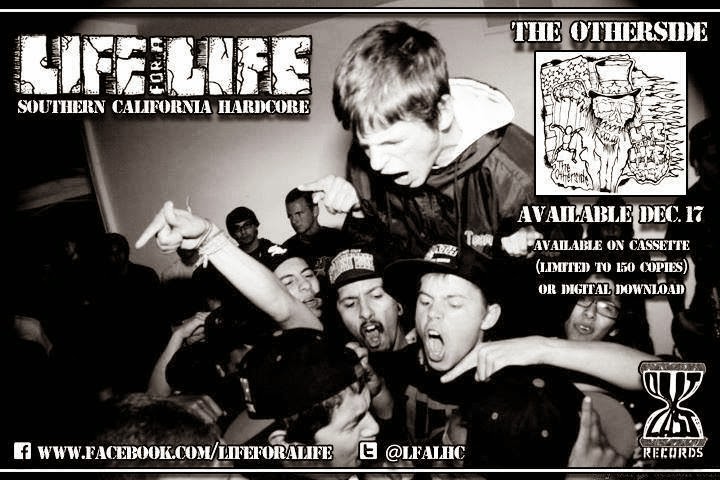 The Otherside is supposed to come out as a vinyl ep on Innerstrength Records, right? How did you hook up with them?

I believe there is a mistake. The Otherside was actually released through Outlast records in Pomona, California last december. We are actually putting together a brand new 7 inch set for fall of 2014 through Inner Strength Records. In Jan 2013 we actually got into contact with Inner Strength and from then on pretty much talked on a personal level and we all came to an agreement to release the record through him. Jason (the owner) is a good guy, and I'm super glad we made this decision. We are stoked for the future with them.

Hardcore is more than music, that’s obvious. So beside hardcore tunes, what are some of the aspects of this lifestyle that appeal to you?

The unity in the scene is something that is very appealing to us. It's so amazing that you can go to any place in the world where the hardcore scene is strong, and feel like home. Despite popular belief that Hardcore scene is not a shallow lifestyle. It's very supportive and we are very grateful to be a part of it.

Tell us something about your hometown, Lancaster, CA? What is it like living over there?

Living in Lancaster, is "interesting" to say the least. Just a couple years ago it was the meth capital of the world however I don't think it holds that title anymore. There are a lot of junkies and drop outs in the city of Lancaster. Kids who were good friends of mind have graduated high school just to go to jail or drop down dead from drug addiction. This place is a desert, a wasteland, and a safari of spite and greed. But it's our home and we love it dear.

Is there any hardcore scene over there to speak of?

Despite what we said earlier there is now currently a small hardcore scene out here. And it has not been resurrected just because of LIFE FOR A LIFE. It takes a group of people willing to do something to bring a scene back no matter what it takes.