Vaista is a new band from Turku (Finland) with some of the members from now unfortunately defunct Alley Gods. I was big fan of that band, but Vaista is very cool as well. They still keep it 100% core, it's fast and in your face stuff that begs for circle pits and stage dives. On top of that, they sing in Finnish which is also pretty dope cause how many bands you know which do that?

Vaista is a new band from Turku (Finland) with some of the members from now unfortunately defunct Alley Gods. I was big fan of that band, but Vaista is very cool as well. They still keep it 100% core, it's fast and in your face stuff that begs for circle pits and stage dives. On top of that, they sing in Finnish which is also pretty dope cause how many bands you know which do that?

I gotta admit it took me ages to post this interview online, so after reading it go to their facebook and like it to get all the updates.


For those who don’t speak Finnish, what does Väistä mean? Is there any story behind the name or did it just sound cool?
Väistä! means Step aside! or Move! in English. The story behind the name is that it basically sounds cool and cruel enough for a hardcore band name. Our song called “Väistä!” tells about how society and everyone around you will eventually tell you to step aside, forget your dreams and be part of the system.

Some of you used to play in Alley Gods. Why is that band no more around and how did Väistä got started?
Väistä! told Alley Gods to step aside for a while (heh). I (Teemu) am responsible for the birth of Väistä!. I wanted to start a new band where I would make all the songs and be the frontman of the band. Things moved very quickly and Väistä!’s line-up was soon ready: Lauri from Alley Gods came to play bass and I also managed to get great guys Atte and Lari in guitar and drums. Väistä! started rehearsing in the summer of 2013 and at that time Alley Gods was in the middle of making new songs for the new album. Alley Gods is still in that phase and since me and Lauri are busy with Väistä!, not much is currently happening with Alley Gods.

What have you recorded so far? Can you tell us something about Sivuraiteella 7" EP?
We recorded a demo in our rehearsing room that never got released because it didn’t sound good. In the summer of 2013 I asked Lauri to come and play with me in the studio five songs that I’ve been making for Väistä! 7” EP. After those sessions Lauri was as excited as I and we decided to try to make this a real band. Väistä! 7” EP was released on December 2013 and since it was pressed only little over 100pcs it sold out pretty quickly. I had 5 new songs for Väistä! in the winter and we decided to make a new 7” of those since we had the actual band together now and the vibe was good. The new 7” is called “Sivuraiteella” which means “on sidetrack” and it should be out this summer. 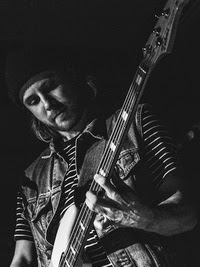 You sing in your native language which is sweet but of course it means I have no clue what is being said in the songs. Can you give us a rundown of what are the topics you touch upon in your lyrics?
The lyrics are mainly about the hard times that people (especially youth) has to face in today’s society like social exclusion, unemployment, inequality etc. The new 7” EP is focused mostly on the social exclusion. Like its title says, everything just seems to go on the wrong track to me. Kids are staying home being entertained by their smart phones instead of playing outside. When they grow older they can’t get a job or a place to study even if they are active and hard-working. On the other hand if you manage to get a job, it takes literally your whole life since the corporations are squeezing every last drop of their workers so they don’t have to hire more people. There are more and more poor people and kids with no goals in their life. Of course part of the lyrics is about my personal difficulties. I am struggling in the middle of this all, trying to find my place but at the same time trying not to forget my values in life.

Was it decision from the start to sing in Finnish?
Yes that was clear from the start and very important to me. That’s one crucial matter that got me to start this band actually. Lyrics in native language are much effective in my opinion. There are great lyrics in English as well but I prefer native language. 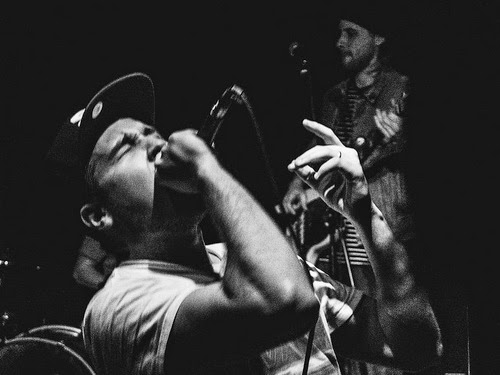 If you could do a split with any band ever, who would it be?
Hurriganes! Legendary rock band from Finland

Tell us something about your hometown, Turku?
Other people in Finland call it “the asshole of Finland”. I don’t know where that came from? It’s actually the oldest city in Finland but you can’t tell it anywhere since the city decided to get rid of almost all of the beautiful old buildings. Anyway it’s my home town and I love it no matter what.

Finally, what are you looking forward to for the band this year?
Releasing our next 7” EP and playing bunch of great shows.

The new ep has actually dropped already, check it out below:


What do you guys do outside of the band?
We mainly work or study (being part of the system), do a lot of different sports, (football, ice hockey, basketball, gym etc.) go to shows and party sometimes. You know the average stuff. We are just four assholes from Turku, Finland.

Any shout outs? Last words
You can download our first EP and listen a new song from upcoming EP from here:
vaista.bandcamp.com
We also have a facebook page:
www.facebook.com/vaistatku
Thanks and peace.


All pics by Timo Koponen.