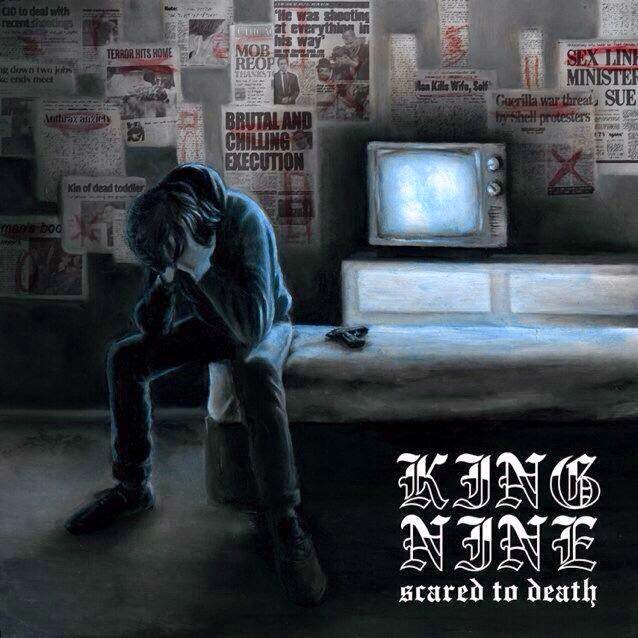 This shit is made so you get inspiration to harden the fuck up. This is heavy metallic East Coast hardcore done just like it was meant to be done from the start. All the tracks on this one feature a gritty heavy sound, with stomping grooves and aggressive (and pretty skilled) riffing topped off with seriously harsh vocals. There are no funny-style reaches on the record, no clean vocals, melodic riffs or any of this shit. Being from NYC you can tell these dudes soaked up One Second Thought, Fury Of V and Bulldoze. You can tell where band’s influences are, but King Nine is bringing it to the forefront with their own unique style and personality.

If you need something to put you on the champion mindset, this is it. Scared is a blistering listen which easily muscles its way into the upper echelon of hardcore heavyweight league. Listening to this makes me think about crazy shit like gorillas beating each other to bloody mess over who’s the baddest mother fucker in the jungle! Nasty stuff!

If you're dead broke and can afford to buy just one album this year, make it this one. Or steal it if you really have it, I don't care, just get it! There's something in that East Coast water that breeds these animals!