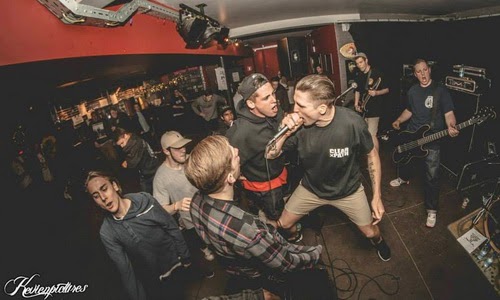 How did Blind Beliefs start? Were you in any other bands before this one?
It started with me and our old drummer jamming together back in 2011. We wanted to start a band and needed some members, so I asked some of my hometown friends if they wanted to join. As simple as that, not much later the band was formed. All of us played in some small local bands before, but nothing worth mentioning.

At the start of 2013 we found a new drummer, and from then on we kept the line-up as it is. The new drummer was in another local band before. But since they quit, we all start focusing on Blind Beliefs for 100%.

Our lives are all based on (hardcore) music. So we all have some music projects going on, but Blind Beliefs will always be our priority. We put a lot of effort in it and our friendship only got better. That's a thing we will never give up on. 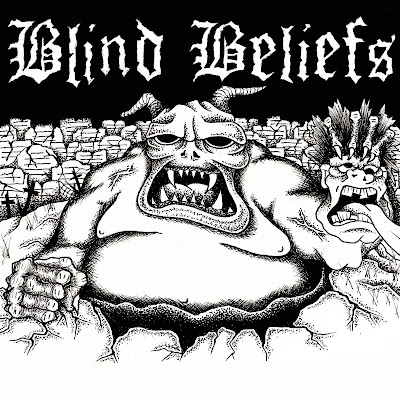 Tell us something about the new record. What kids should expect from it?
The new record consists out of4 brand new tracks. It will be released through Reality Records from Belgium on 7”. There will also be tapes released by Kick Out The Jams from Belgium and Strength In Hate Records from Russia. You can expect a modern groovy hardcore band with heavy mosh parts. Our influences are most NYHC bands and stuff like old-Hatebreed.

I can say that this self titled 7 inch is a grownup version of our first release. We created and found our own sound and style. We want to show the world our new groove and hope you will all enjoy it. 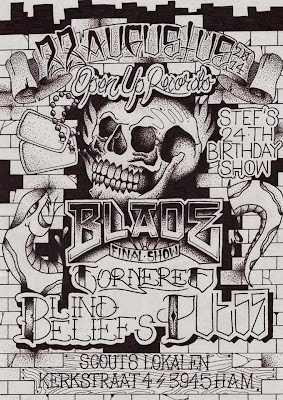 You’re rather young dudes but the music seems really serious and dark. Where does it all come from?
We write stuff about daily frustrations and stuff that’s happening in the world. We see a lot of things going the way they are not supposed to go. The lyrics on the upcoming record deal with 2 type of things. On the A-side of the record, the first 2 songs deal with giving up on some people. Cut out the bad people in your life. On the B-side of the records, the last 2 songs deal with wanting to escape from this reality and this world.

What is the scene like in your area? What styles of hardcore are popular, are kids into SxE, politics...?
Belgium is a bit spoiled, since we have a hardcore scene all over the country. This means there are a lot of shows and bands everywhere. Sometimes we even have to make decisions to which show we want to go. There's a mix of all sort of bands in Belgium. We have bands that are beatdown, but also youth crew bands and of course everything in between.

About the straight edge, the bass player of Blind Beliefs and me are straight edge. We have straight edge friends, but also friends who are not. I can almost say it's 50/50 about being straight edge. But we don't bitch about each other. Everyone makes his own decisions. As long as they keep the hardcore scene alive, it's all good!

Any local bands kids should check out?
Redemption Denied, The Setup, Pulse, Ashes, Overlord, Wild Life, …
These are all great bands from Belgium and everyone should check them out if they don’t already know them.

What are your thoughts about hardcore in Europe right now?
Hardcore in Europe is doing really well! There are a lot of sick euro bands at the moment. Also we noticed more kids travel to shows. Being in a band and going to shows a lot, we got to know some people and bands from other countries. It’s great to make friends who support what you do. It’s a good feeling people have your back all over Europe. 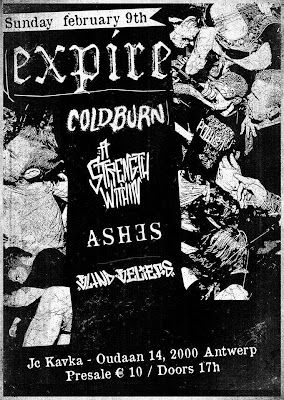 Is running band hard when you have to deal with other bullshit like work, school, girlfriends etc?
So far, so good. Like I said before, we are all dedicated for our band. Some of us are still in school and some are already working. That doesn't make it easy. Sometimes, our drummer is working till 10pm, but he will always make it happen to be there at shows and play with us. For us, it's harder to schedule our rehearsals. Concerning the girlfriends we can't complain. All our girlfriends are into hardcore too and they support what we do. They join us on shows most of the time.

You played shows with some seriously dope bands. Which gigs stand out in your memory?
In my opinion, the gig that got it all started was our release show from our first EP in 2013. The reactions were great and it opened up other possibilities. We got more and better show-offers, not only small local shows. I loved all gigs we played so far. Playing shows with my best friends is what I like most. It’s always an honor and a pleasure to share stages with bands I look up to myself. We shared the stage with bands like: Alpha & Omega, Backtrack, Benchpress, Bent Life, Coldburn, Demonwomb, Done, Downpresser, Expire, Swamps, Warbrian and many more!

For us it's always exciting to play shows in foreign countries. That's why we are all looking forward to our first tour in November. We are going to play shows in counties we never played or even visited before. Soon everything about the tour will be online. So keep an eye on our facebook page! 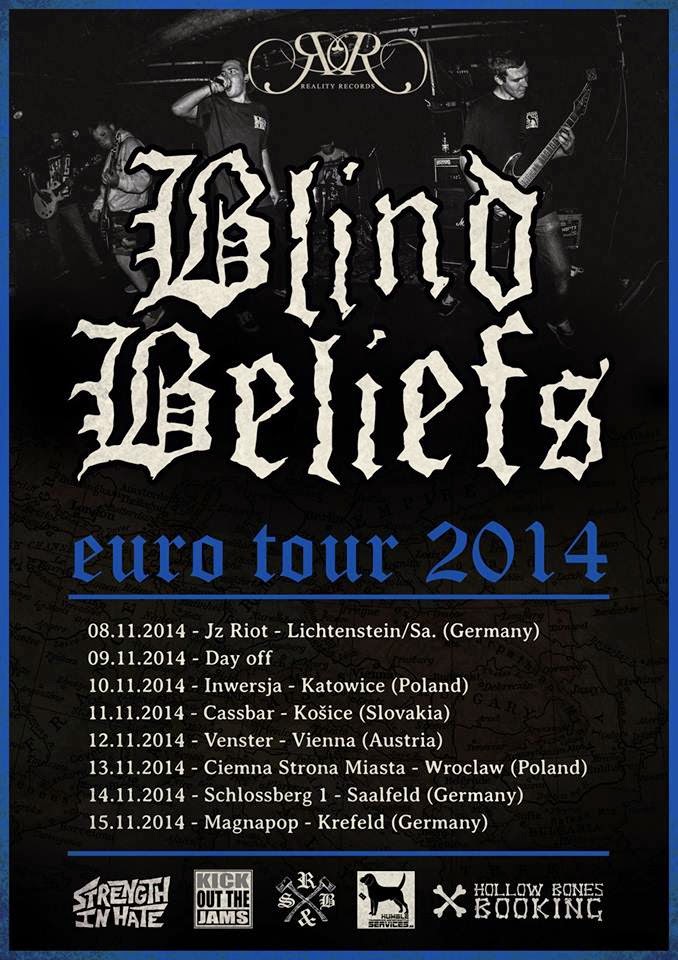