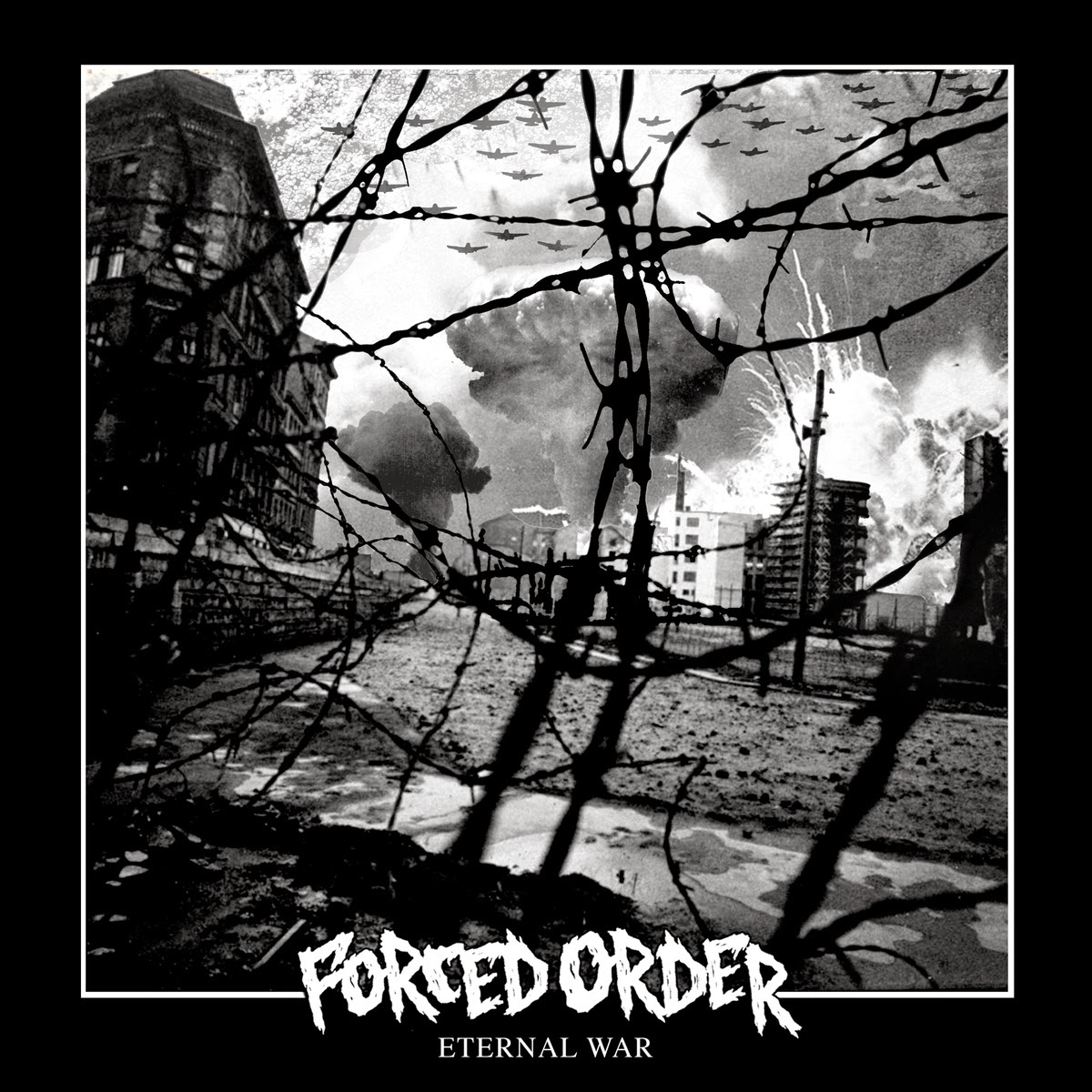 Forced Order - Eternal War 7"(Ratel) - Considering that after releasing this ep the band got signed to Revelation, I gotta applaud the business skills of Ratel staff to hunt down new talent in hardcore. Well, after their demo that dropped in the beginning of this year it was plain to see the band is up to great things. The fact some of the members are (or were) also in Twitching Tongues, Soul Search, Disgrace and Harness could also have played a role.

Forced Order plays hardcore that owes a lot to 90’ metallic new school with tons of beefed up riffs, stomping breakdowns and relatable, but seriously aggressive lyrics. They pull enough of their own weight though and that’s what makes them stand out. Some people compare them to old Integrity or In Cold Blood, but I don’t know. It’s pissed off as fuck and the vocals sound menacing, but it doesn’t have that evil vibe. Not to say there’s not substance in their music. Hell, these songs are packed with enough nerve and force to crush concrete. The dude who does vocals sounds like hatred for the world is the sole purpose of his existence. I respect that!

The guitar work on this one is tight, maybe I’m getting older but I dig all the solos they throw in now and there. Considering most of the tracks barely hit 1,5 minute mark, the amount of hooks and tricks they put into these songs is amazing. It grabs you from the first track and never let go. Definitely a killer ep!