Here are the hardest hitters of 2014

The real science behind the list below is me trying to remember on which records I wasted the most of my valuable time in 2014. I might have forgotten something or simply missed some nice records, but it is what it is. 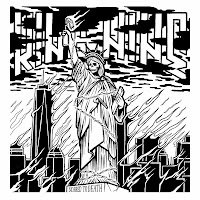 King Nine is hands down my favorite band of 2014 and ‘Scared To Death’ is the hardest record I heard last year. I got no problems putting it among classics like Master Killer or In The Eyes Of The Lord and I am ready to fight anyone questioning my judgment. That’s a type of hardcore we need more of. 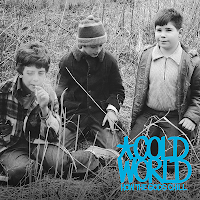 New Cold World was dope as well, nothing groundbreaking compared to their earlier shit, but still hard. The same with Sheer Terror, Madball or Ringworm - dope albums that were just like you expected them to be.

New releases by Last Dayz, Survival or Shrapnel prove that 7” is probably the best format for hardcore. Short burst of force and fury to get your testosterone to the right level.

I went through like 20 other lists of such to see the bigger picture of what’s really trending in hardcore lately. The amount of bands included there that I don’t know makes me question my credentials to run such respectable blog like this. Driven by my natural curiosity and enthusiasm to try new things I checked some of the bands and it was shit. I am not even dropping names cause I don’t want to embarrass anybody, but some people need to get their shit together and stop listening to weird hipster shit and focus on real hardcore. Hardcore for hardcore.

EPs:
Last Dayz - Ready To Die
Survival - Forged In Iron
Forced Order - Eternal War
Souls Search / Minus - Split 7"
The Real Deal - Demo 2014
Desperate Times - Looking For Solution
Indication - XI
Born Low - Refuse To Beg
Criminal Instinct – Fever
Shrapnel - Frenzied State
With so much stuff being released nowadays it’s hard to keep track, so if you wanna add anything do it in the comments.

The hardest track of the year: