Rat Path / Drag Me Under - Split 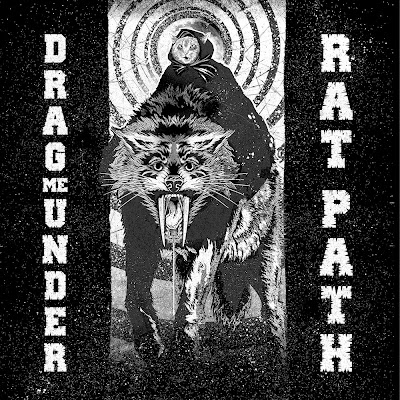 Rat Path didn’t disappoint with the two chunky, thick and aggressive tracks they deliver. It’s not a huge departure from Mean Streets, but the song writing and execution is tighter than ever. It's some hard-ass riffs over a heavy drums and fat bass, with sick and straight up menacing vocals. Behind Bars has a nice groove to it, and the breakdown in the middle crushes. I imagine kids are going crazy when they play it live.

Hunter Gatherer is faster with a cool thrash vibe, but once again the slower part at the end is flawless. What I like about it is that it’s all time in your face, but somehow the band manage to find something fresh and new to add to that style. Rat Path might be slept-on in many circles, but they’re definitely a band to watch. Listening to this type of hardcore makes you bad ass.

I don’t know much about Drag Me Under except they’re from Reno, NV and this is their third release after two full length records . The band reminds me of the trend not so long ago when bands were focused on mosh parts and basically everything mosh related. Mid-tempo, metallic stuff like Throwdown or Hatebreed with gruff vocals and breakdowns and groove. Can’t say I miss those times that much, but since that trend died down I don’t mind to listen to such band from time to time. I’m cool with it cause there are only two tracks, not sure if I could stand a full blown album.