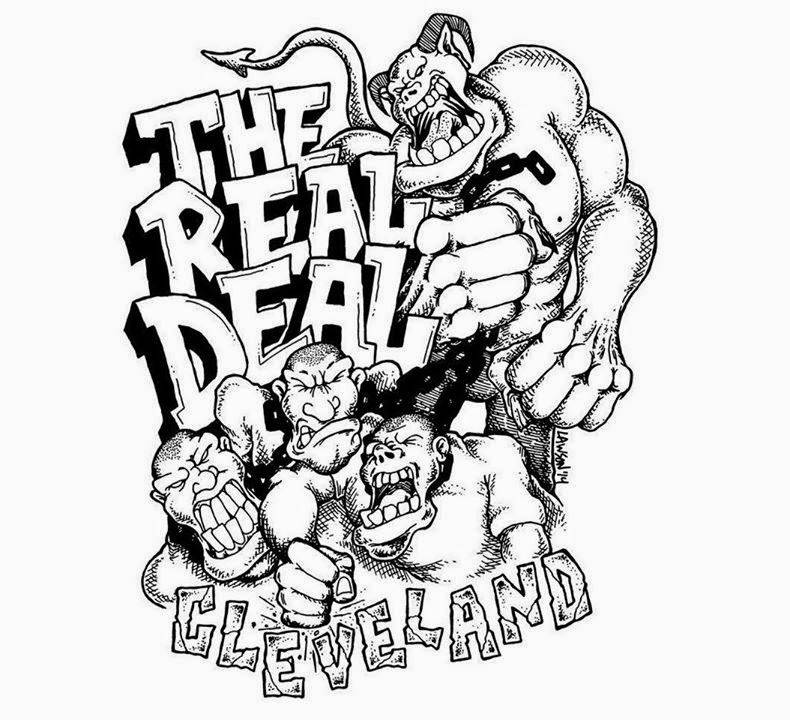 Well there is the four of us Me (Andy) on vocals, Burger on guitar, Woods on bass, and Nick on drums. We have all played together in other bands early on and have all been kickin it for years, just thought the time was right to get together and jam and see where it goes. It all clicked well and we decided to get it goin. So far the response to everything we've been doing so far as been very welcoming as far as the Cleveland hardcore scene goes.

Were any of you in other bands prior to The Real Deal?

Ive been playing in bands since I was 18 playing anything from death metal to hardcore/punk but we all have our own roster of stuff we've done. Few of our own bands: Guilt Trip, Face the Loss, Heavy Thoughts, Cholera, The Refreshments to name a few. Nothing anyone would remember haha.

Demo 2014 sounds sick, is it your first release? How long was it in the making?

Thanks man, this is in fact our first. We originally got together at the beginning of 2014 and jammed off and on and finally recorded mid summer in July and Alexxxis from Straight and Alert Records out of France picked it up and released it as a cassette which is most likely still available on his website. I wanna say he dropped that tape in October. So a few months in the making. But we plan to head back into the studio for a 7" in January. Super stoked on these new jams we have.

Have you gotten any sense of how the response has been to it so far?

Cleveland is a loyal place to be if these kids bite and it feels good right now. Shows are only getting better and it's been a lot of up and down in this city over the years. As of now I can't complain. We also just got out of state recently and it went very well. I'm very into looking forward to the future for The Real Deal. 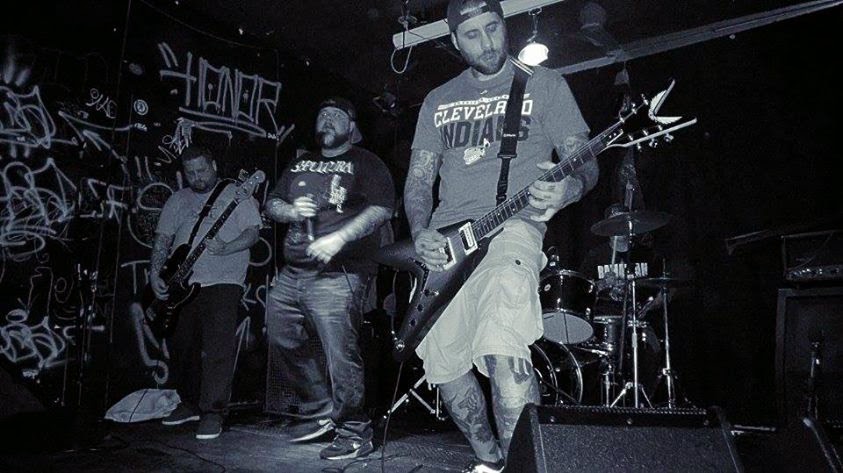 Is there a certain idea or topic that you are try to get across with your music?

I feel like most bands really try hard putting their message into their music. This is hardcore so if you have something to say, get it out. I have written songs about hard times and good times but the main thing I'd want anyone reading into words that I've put into this music is to be yourself because what's the point in pretending to do or believe in something you aren't 100% on? Makes no sense. No room for fakes or nutriders with us haha.

Tell us something about current scene in Clevo. Has much changed since Integrity, In Cold Blood and One Life Crew days?

Well its funny you say that because In Cold Blood and OLC kinda still exsist in a sense. But I was real young for the 90's so its hard to compare. I will say for myself becoming the older guy at shows you see so many kids come and go in Cleveland. But I guess that's what its about, when you need some place to feel yourself and you cant find anywhere else, a hardcore show is good spot to be because judgement isnt passed off the moment your hand gets stamped when you walk in to any local venue.

Does the classic Clevo sound have much influence on your songwriting?

Not specifically, we honestly have a huge appreciation for NYHC stemming from 80's and 90's. But we really get down with anything that doesn't suck. We just like music.

Hardcore is not really just a genre of music, it’s something deeper. What initially attracted you to that music and lifestyle?

The shows for the most part. Seeing stage dives, sing-a-longs, moshing on and off a stage, or kids just putting their bodies on the line over music is intense. Starting to see that while we play live is amazing. I'm getting goosebumps thinking about it. And most bands have a lot of real things to say that are meaningful to all of us. It's alot cooler than some dude in country talking about drinks after work because his chick left him. That's some soft ass baby bitch shit. 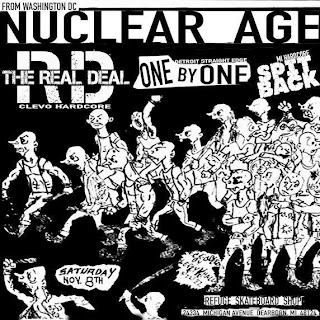 On the other hand, which current trend in hardcore sucks the most?

The biggest thing I cant stand is the sheep of people that claim to be into this because they think they're hard or cool or whatever they justify in their minds. We were here before you, prolly gonna be here after you.

Wow too many to name. I love TerrorVision, Street Trash, BasketCase. Old 80's stuff with corny acting and cheap gore. Horror now is all the same and repetitive.

Shout out to our homies in Near Death, Stray Dogs, Spitback , Nuclear Age, Homewrecker, Vice (OH). Also shout to Dloogi for this kick ass interview. Death threats to fake ass dudes that ruin shows. Y'all suck. 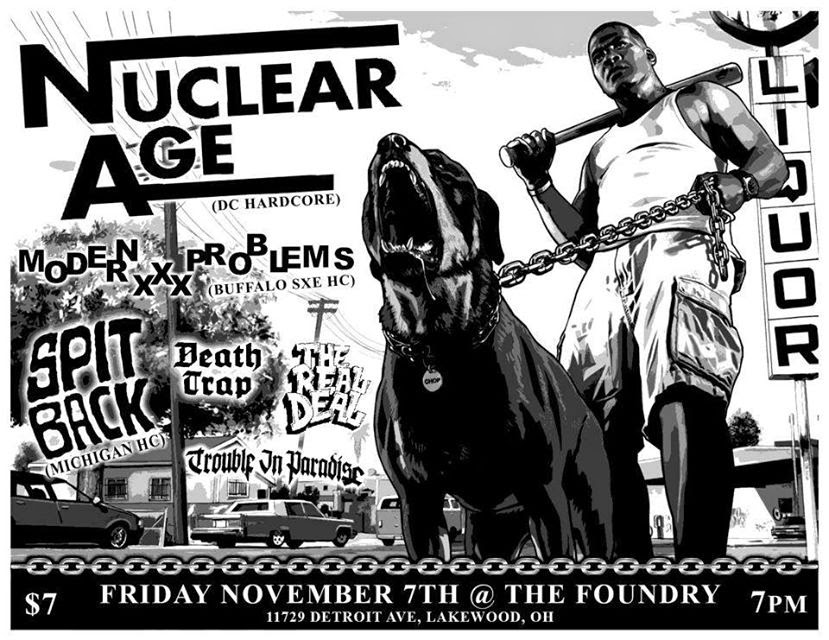