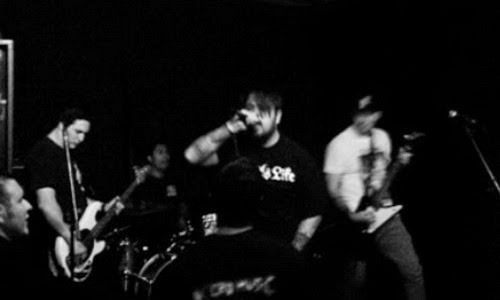 Can you give us some introduction to Shadow Of Doubt? How did the band come together, as a whole?
Well shadow of doubt is patrick from (hardside) on guitar, my man jake on bass, Lorenzo on drums and me on the mic.
I asked Patrick if he would be down to write some riffs and we kind of pieced songs together and kind of just asked the rest of the guys if they would be down to jam and play some gigs. And our bass player jake recorded all the music.

Most people will recognize you as a drummer for Bitter End. What made you want to switch that for doing vocals?
Yeah my main forte is really behind the drum kit man, I recorded all the bitter end stuff and all the hardside music and what not, um I've wanted to front a band for the longest time, and when I asked patrick about this, he was pretty much on board, and the rest is pretty much history.

So what’s the situation between you and Bitter End? Are you still part of that band?
Me and the guys from Bitter End are good, I've know Daniel and Jacob for years man, like brothers to me, I mean if the time comes where they ask me to write some new music with them,I'm down, they know I will always be down for anything we are just kind of tight like that.but at the moment I want to focus on Shadow of Doubt, in the meantime.

Tell me about your self-titled demo. I’m definitely liking it, all the tracks sound hard and aggressive. What’s the reception been like for it?
The demo is like you said aggressive, and hard....that's the shit I like! We wanted to make some type of impact on the punk/hardcore movement and little by little people are realizing that this demo (tracks) are hitting hard! The responses from people have been great, kids in my city and homies all around are digging it!

What was inspiring you musically and lyrically when you were writing it?
Patrick and I are the main guys behind the whole sound of the band, patrick wrote all the music and I was digging it and my lyrics are about shit I see that's going on in the world and shit that has impacted me in my life. Btw we fucking love the cro-mags (best wishes era and alpha and omega)

Now, will the demo be 100% digital or do you have anyone who is going to be releasing it at this time?
For the time being the demo will be on our bandcamp site, we've been trying to get a label to put it out? I mean we will see, we have more music ready to record so we're ready for the next step. 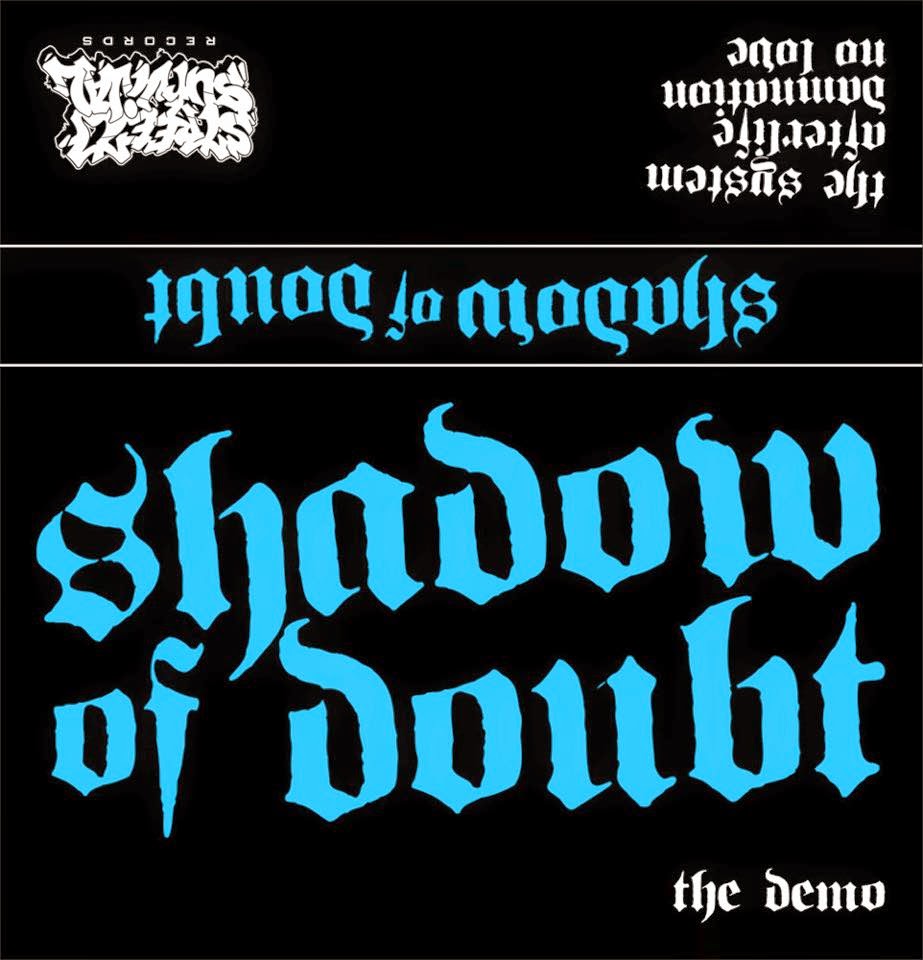 Apparently Street Survival will be releasing demo on tape after all.

Being from east of Europe, I always thought US is the land of milk and honey until I heard American hardcore bands and saw The Wire. What’s your take on current situation is USA?
Man I need to see The Wire ASAP, apparently I've been missing out on that show, thank god for HBO GO lol it's on there right? Man I'm 28 and it's only the beginning, but in the past years I've seen some shit and been through some shit!! We've all seen some shit!!! This world is crazy though man, we just have to be real with one another and just live life to the fullest. "Don't be a slave to the system!"

Thinking about all the fucked up things happening in the world today, do you think hardcore is still a viable tool for social awareness?
Hardcore/punk music has always been a a tool for social awareness ever since the late 70's into now, yeah the lyrics and music might be same and shit like that but man it opens new eyes to the youth that come to shows and shit like that. Shit, I even listened to bands from the 90's that I've recently discovered talked about stuff that's so relevant to today's world. (Listen to a band called 24-7 spys and you'll know what I'm talking about)

Top releases from 2014? Any records you anticipating in 2015?
Top releases? I really don't have like a list or whatever but the shit I dig at the moment from 2014 would be bands like code orange kids,bloodhound,forced order,mind's eye shit like that. Records I'm excited about in 2015, um the Bitter End,Hardside,Turnstile,Steel Nation and a sleuth of others.

Future plans for the band? What’s in-store from you in 2015?
Our plans for the new year would be to get on some cool tours possibly, get on a label and just keep writing cool music for people like you to dig!!! Much love and respect!!! "Don't be a slave to the system!"