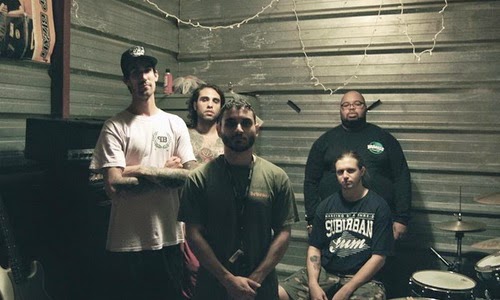 Point Blank are from Tallahassee (Florida), which is a place I know absolutely nothing about but their debut ep Life Crisis is the sort of record that should have made their hometown a hardcore mecca. Their sound can be best described as classic sounding hardcore with a heavier vibe, which means it's fast but it also hits hard. I recommend you pay attention to this band.

For those who are unfamiliar with Point Blank, give us some introduction?
POINTBLANK is a hardcore band from Tallahassee, FL that was formed just to open local shows for touring bands. The group ended up being very compatible, and some really heavy stuff came out of it. Some hard work payed off with some recognition, thus we went a bit further & even blew ourselves away with Life Crisis.

Life Crisis came out in April, how do you feel about it months after it dropped?
Life Crisis, when it came out, was a very proud moment for all of us. Over the next flow of months we realized that the tracks be perfected, and we have decided to re-master and re-release with harvcore records.

Do you guys have any bands that really influenced you, in terms of writing or anything else?
We are highly influenced by Integrity & Hatebreed. There was a lot of inspiration from Mario Tennis at times, too.

There’s a lot of negativity and darkness in the lyrics.. What was the inspiration behind these songs?
Mcbuttz wrote the lyrics all on his own. He had a hard time growing up a lot like the rest of us. Suburbia is not always what it's painted out to look like. 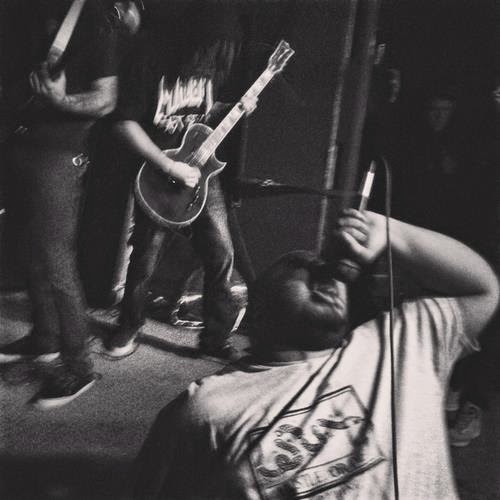 Tell us what’s the scene like out there in Florida at the moment? In terms of music and kids’ attitude, do you feel like it is in a good place?
Florida is really kicking. My favorite current hardcore band is Malice at the Palace from Pensacola. If you haven't heard of them yet, you will this year. Everyone down here is working really hard to rev up our scene.

How did you find your way to hardcore? Personally, what was it about the scene, music and lifestyle that appealed to you?

I found my way to hardcore when my cousins metal band opened up for evergreen terrace in 2001. I immediately noticed the difference about the way the band and how much energy that they put into it. I was drawn to the passion of the underground strut. I felt like all the metal bands just wanted to be like Metallica and chug a brew on stage.

Are you proud to be American? What do you feel when you see American flag? Best aspect of living in US? And worst?
I feel less and less patriotic every two weeks. I can't express how much guilt I feel on day to day basis for living the top of hidden caste. I admit that I am thankful for the blessings that I truly do have; but I wish more people realized what the other side is like. Eastern Asia in particular really bears the brunt of our utopia as consumers. The best thing about living is the U.S. is the customer service that we receive from businesses. Go over seas and you'll know what I'm talking about. I would feel like an ass to have a complaint about living in a country as priveledged as usa.


More about the band:
facebook
bandcamp
Any words of wisdom to wrap this up?
I want to say that everyone that goes to see a band, or plays in a band, or books a bands are all equal. None of each group would be here without the other. No one should hold their head higher than the other. I firmly believe that anyone can start a band and they can for sure book one even easier. Don't take yourself too seriously in the pit, it's supposed to be fun. No one is going to think you are a bad ass for hurting someone that's trying to enjoy the show. If hardcore means something to you, then I challenge you to take the step deeper and make convictions against the average robot lifestyle. Become Vegan, Claim edge, both of these things are for more rewarding than you may think. Be a part of something, use your mind. -ease