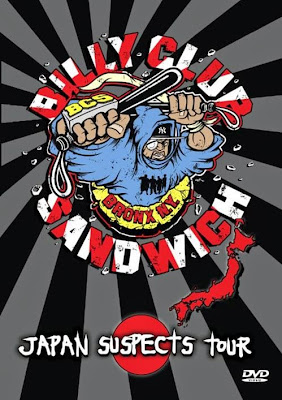 I just got news in the mail that Billy Club Sandwich is putting out DVD containing footage from their Japan tour and some extras This is good news if you're a fan of the band just like I am. Each of their releases is dope, but I get most crazy when I hear The Usual Suspects album. This is the finest example what that a powerful groove mixed with ignorant vibe can't do no wrong. I don't think they would be able to come with a weak song even if they wanted to. Obviously, Dead City Records is having a hand in making this dvd happen.