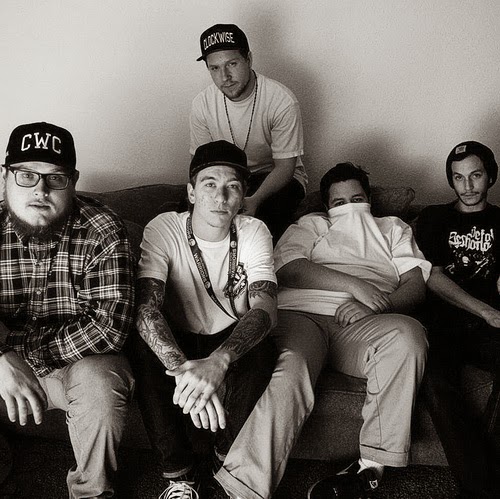 These Streets is a band from Cali that caught my attention when they dropped Life From The Gutter ep some time ago. That record was tight and I was hoping it wasn't gonna be their last word. Fast forward to 2015, the band is releasing Clockwise and it didn't let down. Hard-hitting, tough hardcore that combines all the good stuff I like in bands like Trapped Under Ice, Madball, Terror and so on. You get the picture. This is an inteview with band's vocalist, Cameron.

Alright, first off, new record. Clockwise should be out this week. Is it available yet?
Yes Clockwise is available now through our label Fast Break Records! You can pick it up from all major music downloading clients (iTunes , Amazon MP3 etc) , the fast break online store or from us at a show. For all those who steam it's on spotify as well!

Did you get any sense what the initial reactions has been to the new tunes?
We had put it up on bandcamp to stream late last year before we had any label support and it got an insane reaction. People seemed to love the direction we took and are receiving it well.

Give us an overview of that new record. What kids should expect from it?
Clockwise is just a very abrasive record, expect the unexpected. Every song is different from each other. We don't really like to stick to a cookie cutter formula for a record and furthermore a song for that matter.
We worked on it for a solid year before we recorded it just to make sure it was exactly what we wanted.

What were you aiming for with Clockwise?
For this record we as a band explored a heavier side of the sound we have made for ourselves with our previous releases. 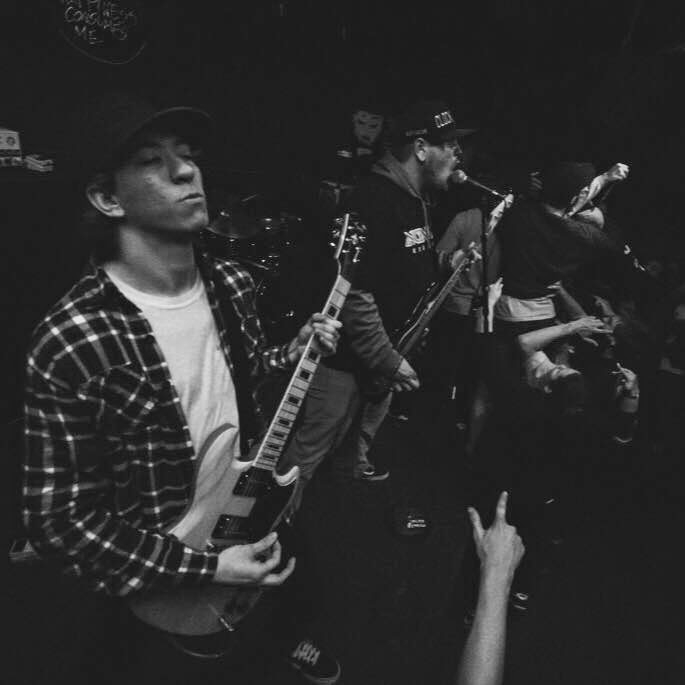 Do you care whether people like your music or not?
This is a difficult question to answer because I don't really know the answer to it. Hearing the words "this band sucks" or "God this is awful" or anything like that is just something you just learn to blow off your shoulder and not care about. So when you do hear it you juts shrug it off and forget about it in 5 minutes. Dwelling on stuff like that does nothing but set you back. If you took any comment on lambgoat or YouTube seriously your not gonna progress in a healthy way.

Does it bother you if a record is not successful in terms of sales?
Yes and no. In this day and age no band no matter what the size is really making bank off their records. So in that sense not really. In another element of the business aspect, album sales help you get farther so the more people buying your record , the better tours you can get on. We broke 6,000+ downloads and 50,000 total plays on our bandcamp for Clockwise solely off of word of mouth. Could that have hurt the sales of the physical release of Clockwise? Maybe. But as long as people are actually listening I could care less if they buy it or download it.

What kinds of topics have you been exploring in your lyric writing? Is there any running message, or you just write whatever is on your mind at the moment?
This record is literally the culmination of all my personal thoughts and problems over the year writing it. A lot of it has to do with standing up for ourselves for doing what we want to do. The song "copacetic" is about being judged because of the area and hardcore scene that we come from. It's a big fuck you to anyone who's "credibility" is worth more than they're dignity. "Cringe" is about being tied down by a girl who doesn't give a fuck about you are your feelings or who you really are and just wants the image of being with you. The majority of the songs are very self explanatory and straight to the point. The running concept is all the emotions and things I felt after the death of mine and Josh's best friend Joey Morales. He is who the song HESR is about and he's also the dude on the album art.

For those who might be not familiar, tell me a little bit about the history of the band. How exactly did it get started?
We came about in March 2013 and it all started when our old band was falling apart. Me , Josh , Our original guitarist Vinny, and our good friend Brandon. had been jamming one of the unreleased songs from that band we had and rewrote it and decided to just start a new band under the name These Streets . Since then Vinny left the band to focus and take care of his two kids and we got our guitarist Treyvon. Brandon moved to Reno and we got Lucas on drums and he's been in ever since.

What bands inspire you? Maybe not even in the sense of ripping off their sound, but whose work do you always keep in mind when you write new tracks?
Everybody in These Streets takes inspiration from different ends of the spectrum, I personally like to not listen to any music for a span of time then try and write something because I want whatever I write to be Exactly what I want to hear. If your own band isn't your favorite band then what are you really doing? Writing music to try and appeal to someone? Or to a specific crowd? That's just not my style. Essentially These Streets is my main inspiration. 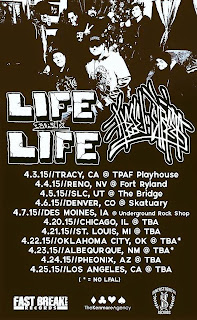 If you could do a split with any band ever, who would it be?
There's a band from Germany called Coldburn that I just did a tour with playing guitar for Lionheart. This band absolutely killed it every night and never once had a half assed performance. I would love to do something with those guys.

What was it in particular about hardcore that drew you in?
Before I got into hardcore I was into metalcore and going to metalcore shows. One day one of my good friends handed me Ghettoblaster by Hoods and I was hooked. The energy , the aggression and the power of it really had me going.


Five books everyone should read?
I never really read books books growing up let alone now. But I totally read the entire "a series of unfortunate events" series as a young 10 year old.

Any closing comments?
I'm super stoked to be interviewed by hardboiled and I thank you for approaching me about it! Our record is out on fast break records so go pick that up! Also we will be hitting the road all year and next year so come check us out. Thank you so much!