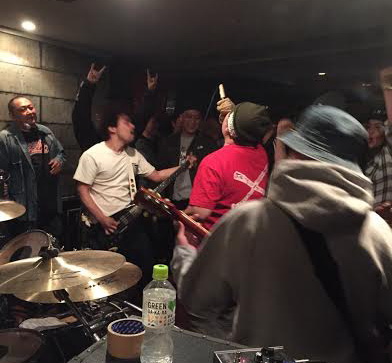 At the beginning, what type of music did you want to make?
Oh yes Cleveland hardcore like OLC/PB2000 and some B4B tastes.

What were the main influences back then?
Same as last one!

Over the years Creepout drifted more into more negative Clevo-inspired sound. What brought about that change?
Old songs are not bad,however,not enough to explode my anger.My daily life is so stressful and shitty.

Mist bad ass moments in history of Creepout? US tour? Splits you did? International releases?
Tour with Integ 2009,All U.S.shows,and upcoming germany shows! 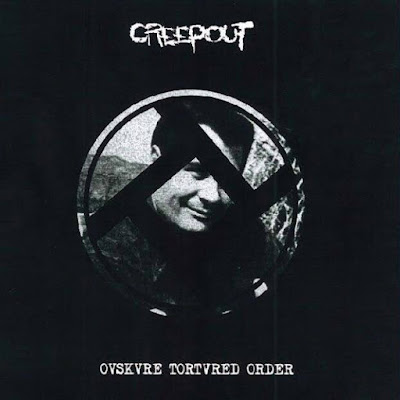 The latest ep Ovskvre Tortvred Order seems like a natural progression for the band. I really dig that record. What was your intention in making this ep?
Anger.and death to posers. Our scene is going better ,many ppl comes to see bands but they don't know anything.
Japanese don't speak english but most of bands sings in english,I don't know the pronounciation is right or wrong though,most of "new kids" don't read their lyrics,that' so weird and shitty,They don't know what thier fav band sings.
The reason they don't check lyrics is just troublesome to translate. They don't want spend some to time to do it,i can see they got no love.Shitty.

Can you talk about how you came to name the ep Ovskvre Tortvred Order? What does it mean?
Oh yes Obscure tortured order. Order in my daily life/ society is abondoned. Have to tell a lie ,pretend to live.
I wanna tell you some episode and stories though,i know it's gonna be soooooo long so bring it next time.

Few months after that record came out, what are your thoughts about it? And how do you feel it as received?
Got better reaction as previous releasings, made the lyrics more easier to understand,to remember.

You have done few splits in the past. How did the one with Integrity come about?
I asked Dwid and Jukeboxxx record, to do it is just one of my dreams as Integ fan!

What about Empire Falls split? I am asking cause there are some crazy stories about this band going white power and other weird stuff.
The singer of them offered us and then, we recognize them like just hardcore band from north carolina who released album from Back Ta Basics before.No shitty informations about them then,we are living in Japan,no infos comes to here about some local bands,it was 2003.Because of it,some motherfucker recognize us and wrote on some website like "Unfortunately they're white power from Japan",hahahahaha i laughed it. Sorry We are yellow! 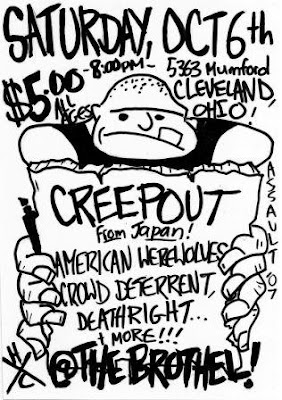 How did you hook up with SOSF dudes from US? What does it mean to you to be part of that crew?
After fixed the plan about a split with CD, i and our guitar player yuichiro visited to Ohio to see them in 2006. We found best dudes in the U.S.then.They treat us as their real family, and we do it for them.Steve assalut offerd me to join to the family and start Tokyo chapter after that visiting. It's impossible to tell the meaning of be a part of vrew here,that's just my thing,but i can tell you when i met you!

What is the scene like in Tokio? What type of hardcore is popular over there?
Going better but we 're lowest of it! oh we have many types so can't choice one.
If it was by band:NUMB,SAND,LOYAL TO THE GRAVE,DOGGY HOODS,FIGHT IT OUT and more and more.
They're popular.

Before we finish, what is cooking up for Creepout in the near future?
We are gonna go to Germany and see our euro bros!!

How this world is going to end?
Thanks for taking this interview!! We spread HARDBOILED among jap kids.Danke!