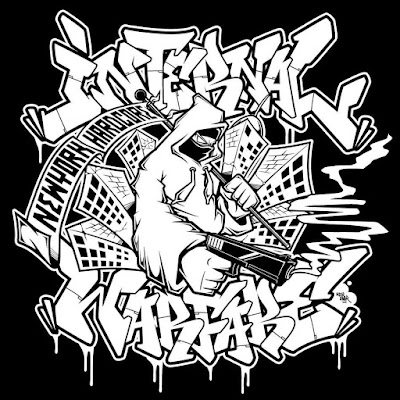 Damn, just when I started writing this review the news broke out the band is no more. That’s not cool cause this record is dope if you dig that stripped down, gritty NYHC sound. Internal Warfare were from NYC and this is the compilation record of their 2013 ep and 2011 demo that was put together by FWH Records in their fresh blood series. The idea is to give unknown but dope bands more recognition by releasing their shit on a physical format. Because we all know kids are too cheap to show even a slightest financial support for up and coming soldiers, this is a low-cost CD-R that costs pennies so you can't bitch about the price. And this is no scam, it comes with a proper artwork so you get a return on your investment. I support the idea, and Internal Warfare is definitely one of the bands that didn’t really get the recognition they deserved. A cross between early Madball and Sworn Enemy, most of the tracks have a simple, heavy vibe carried by tough riffs and tight drumming. Expressing absolutely no desire to push that classic NYHC style further, the bands focuses on the raw energy and it gets the job done. So even the band called it quits, don’t let this album slip between cracks.