2016 was fucked up on many levels but I abstain from being a pussy about it cause I know 2017 gonna be even worse. And I’m not even talking politics yet, this shit is gonna be out of control. But as the saying goes, when going gets hard, hardcore gets going and there was shitload of good hardcore to help me deal with personal demons and this world going mad. I expect momentum to continue during next 12 months as the social, political and economic situation deteriorate and people have to deal with serious real life shit not he said she said gossip and being fucking sensitive for the sake of it. 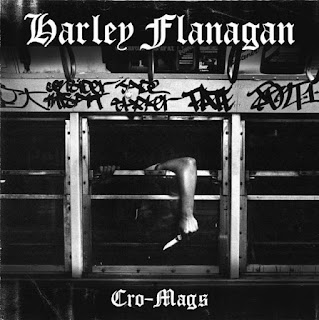 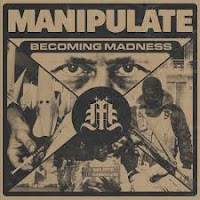 Harley Flanagan - Cro-Mags
This is hands down the best record of the year. One of the best hardcore to come from NYC in recent years. Harley made 2016 his bitch with this one.

Manipulate - Becoming Madness
My second favorite hardcore record from 2016. Hard-hitting hardcore with ‘80’s crossover vibe so many bands try to recreate but Manipulate did it perfect.

The rest of the list goes in no order.

Backfire - Where We Belong
It’s 2016 and Bf! Continues to deliver uncompromising hardcore recreating the old golden eurocore sound in new ways that make it fresh. I applaud this one for being so in your face.

Bent Life - Never Asked For Heaven
Once this record gets going the shit never stops. Hard as hell!

Knuckledust - Songs Of Sacrifice
London diehards back with a record that deals with the ills of society over thick and pounding hardcore. The music, the message, the attitude - everything works on this one.

Naysayer - Nation Of Greed
Pure menace. Naysayer don’t do nuance which means that ep is filled with that uncompromising, no-weird-shit sound that made them rich and famous.

Point Blank - Burden Of Humanity
This is most likely the least-recognizable title on the list, but it deserves to reach a wider audience. You’re looking at major war shit!

Risk It! - Cross to Bear
Another banger from Europe. Very strong album with each track filled with good stuff that makes you want to incite violence.