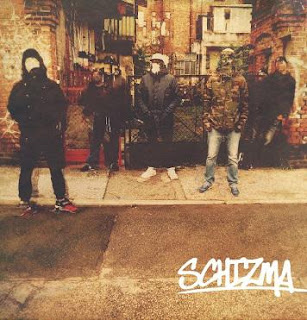 Schizma are local legends in their native Poland but among international hardcore community their status is not so solid. It’s a shame cause they released some of the finest hardcore music I’ve heard in my life. I pity people not familiar with their magnum force opus Unity 2000, a beast of a record from, you guess, year 2000. That album is one of my top ever, but I’m also never far away from a copy of Pod Naciskiem, their previous output where they really nailed their NYHC-infused sound. It’s crazy to think those albums came out over 15 years ago. Many consider that to be the best era of the band. The records the band put out in 2000s appeared to be a series of close misses or shots that veered way off target. Nothing embarrassing, but nothing great neither. In recent years they switched their formula and instead of full length album every couple of years they started putting out shorter four track eps. This format works for them and the band may really be getting some of their mojo back.

O Nas is a top quality hardore. There are 4 tracks and everything about them just clicks. The ep flows well from start to finish. The band plays tought ass hadcore with a crossover/thrash vibe but they try to put their stamp on it so it’s not just a mixtape of different influences. Some of the riffs sound like they could be lifted from Chaos AD, while some tracks are straight up hardcore. The music do not get stale and it’s amazing how many creative ways they came up with to make this stuff above average without losing aggression and focus. Not a moment of this feels too long or repetitive. On top of it all, fertile vocals deliver the message of strength and resilience without sounding pretentious. If you don’t mind this being sung in Polish give it a try.