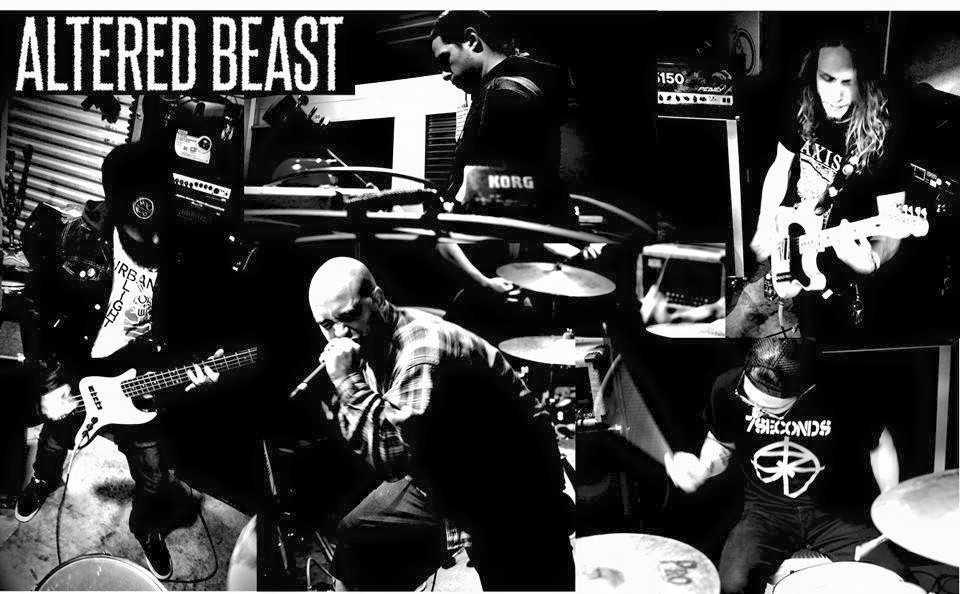 Give us some info about Altered Beast?
We all live in Kansas City, Missouri. We started the band in early 2014. Been chugging away since then. Aren't really built for touring because me and the drummer have a lot of kids and life going on. Haha. We are open to some ideas though if people reach out. We definitely aren't going to turn anything cool down.

How did the band come about?
Max and Dakota (guitarists) approached me about doing vocals. They had a song (Come Clean) off the demo written and threw it my direction. I scammed our drummer Dan because he and I had been working on some other ideas. We started writing songs and scooped Steve up on bass. The cool thing is none of us had any other projects at the time. It is a good energy when everyone is hungry and focused on one project. Since then things have changed. Most the other guys have other things going on. We aren't writing as many songs as I want, but I'm not stressing.

Just recently you dropped new self-titled ep. What was your main goal when writing these new tracks?
We had been playing these tracks live for a while. We instantly kept writing after we dropped the demo tape. The songs were pretty mature by the time we hit the studio the second time for this ep. We still kept it bare bones as far as production. The one thing we did consistent was record in the same studio. It is a super nice modern studio with great equipment and rooms. War of Ages, and Norma Jean had both recorded there. The goal was to keep it natural and raw sounding. No bullshit effects that made us sound like some studio monster. I wanted that live sound. We record the songs live and punch in the fixes for any mistakes we made. I save the vocals tracks for the end, and usually try to nail them with a single take. I don't like reverb or any overdubbing on my vocals. 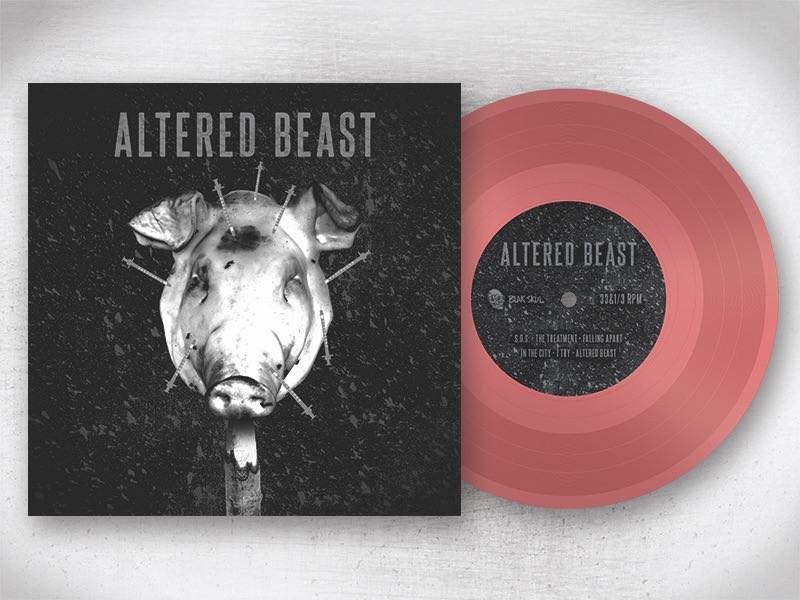 Who is going to release it on a physical format?
We actually have it pressed on 7 inch now with our friend Sam from Blak Skul Records now out of KC. He lives next to Max and has been super cool putting it out. We have gotten some good responses out of it. Even Maximum Rock N Roll gave us a cool review. I was pretty nervous when Sam submitted it to them. Normally they chew bands like us and spit them out. Haha. We pressed 400 on black, and around 100 on red.

How did you get involved in hardcore?
I got involved in hardcore by just listening to the music. I lived in a very small town and there were some older friends that were part of the early 80's movement that taught me the ways. I didn't understand the subgenres until I started getting older. You gotta understand that I am about to be 41 years old. I began listening to independent music at a really young age. I was exposed to DRI and Slayer when I was in 6th grade. So that was around 1985/1986. I got directly involved by playing in a local band after high school and opening up a lot of the local shows. I was always going to shows though. I was addicted to dancing and having fun. I didn't care if I was solo or going with a group of friends. After all those years I just kept getting more and more involved from running sound at a local venue, to putting on random shows of my own in the city.

What did you find inspiring about that movement?
The first time I understood what the difference between hardcore and other music was when I began to get deep into NYHC worship. I was so intrigued with who was related to who, and what bands they all had before. I had known about most of the bands through the years, but like I said, I didn't understand that Agnostic Front, Slapshot, Murphys Law, etc were part of a sub genre call hardcore. The most inspiring thing that drew me in was hearing AF Last Warning and hearing the in between talking that Roger did. He was talking about unity and caring about social causes that were affecting them in NYHC. That whole positive banter and vibe showed me the reality of their style. After that I picked up on 25 Ta Life and Rick's lyrics were super positive on Strength Through Unity. At that time I was sold on the idea of Unity and Togetherness. That is what initially attracted me to hardcore. How you could sound so tough, and the pits be so wild, and have such a caring and inclusive message. 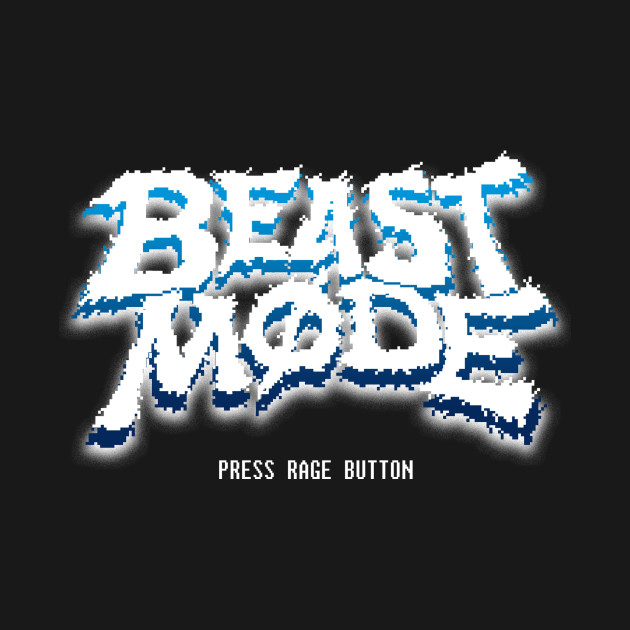 There must have been a certain album or band that made you want to start a band, what were they?
As far back as I can remember I was into acting like I was in a band. My stepbrothers and I would lip sync and play air guitar and drums in the bedroom to Motley Crue and WASP. I always would sing along to stuff and really get into the music. I can't narrow it down to an album or artist, but it was inevitable that I would be in a band. I used to take Quiet Riot and Kiss records to daycare when I was super young. The ladies that were our teachers would bring in their older sons heavy metal magazines so I could read them and look at the pictures. I started my first band in 1995. Since then I have had quite a few. I have always been a hardcore singer. I don't worship any weird shit and always feel the need to sing about reality. I still dance hard for bands, buy merch and try to set a good example.

Kansas City is not a place I would first look for hardcore, but maybe it’s just my perspective not being from US. What’s happening over there in terms of hardcore scene?
There has always been a draw for hardcore in this city. This stems back the 80's when the OD's were playing local shows here. I would have to say though the modern hardcore movements from the 90's era were headed by Coalesce. They brought bands from all over to play small shows with them. The most recent active local bands though are SPINE, Blindside USA, Agent, Altered Beast, Contrast, NO QTR, Conflicts, and many more of different styles. Our shows are split up just like any scene with social circles and different age groups. There are always places to play here though. Whether it be in a ghetto ass house or an upscale downtown bar, there is always an option. There are quite a few veteran musicians that have kept involved and run successful musical venues. And there will always be the younger ones that don't mind housing a show in their residence. 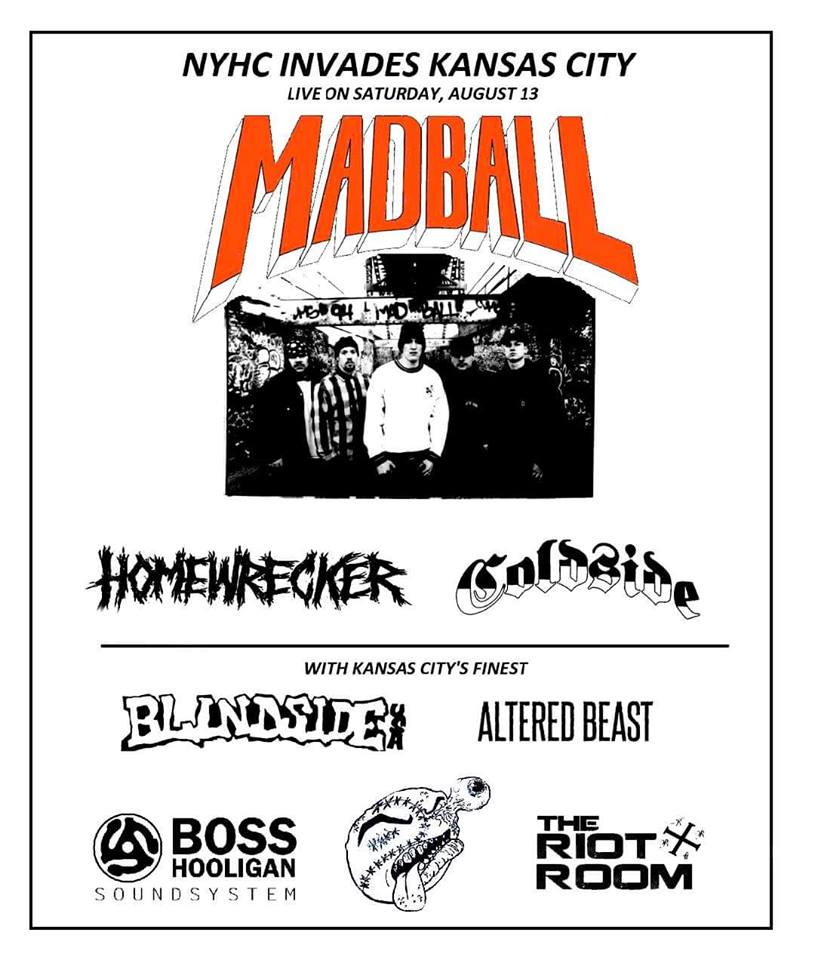 What is band’s gig history like to date?
We have been very fortunate to open for some great bands. Bent Life, Axis, Blistered, Eternal Sleep, Cross Examination, Homewrecker, Sons Of Southern Darkness, Breaking Wheel, The Beautiful Ones, Of Feather and Bone, Impalers, etc.

What do shows in Kansas City look like?
They are typical mixes of age groups depending on the venue. There is a pretty good mix of male and females. The old heads still come out from time to time. We have some hard moshers here. Not really a lot of crowd killing stuff. The basement shows have the wiggle punks and floor creepers who go from side to side. The turnouts are hit and miss. It is crazy how some shows will have an average turnout then out of the blue a show will come through town and so many people I have never seen will show up and create a wild ass time. In The City deals with the bleak side of your city, is it really that bad?
If you walk around long enough in a city you will see all sides of society. I didn't think talking about the fun and happy stuff would mix with that instrumental, haha. I chose to focus on the nasty shit I have seen in through the years of walking to work. I spared a lot of stories that would make your stomach turn. But overall the city does have all the elements of any larger city in the U.S. Drugs, crime, murder, and poverty ring true for many Midtown KC residents. I did the start the song off by stating the location of the observations being "Midtown" KC. Out in the suburbs its definitely more chill. I was just speaking as I see it because I live in the middle of it all.

If you want to say something about Beyond Four Walls, now it’s the time.
Beyond Four Walls is my fanzine I started in 2002ish. My first interview was Madball and the latest interview I did was with Blood In Blood Out from Indiana. I usually pick some touring bands and a local for each issue. I normally try to interview bands that I personally like. Past issues have included interviews with All Out War, Ringworm, Warzone (OG Guitarist), Harms Way, Hoods, Cro Mags, 25 Ta Life, Midnight, Semper Eadem, The Killer, Power Trip, Venom Prison, Wolf Down, so many great ones. I normally half page size. I still have plenty of copies left. I have been a collector and buyer of fanzines for many years. A buddy of mine had a zine call FUNGUS BOY in my hometown when I was a kid. He is the reason I do it today. Max my guitar player helps me out and has been doing some of the layouts in the last couple years.

What’s next for the band?
We are currently trying to play some show out of town to get the seven inch out there. We have started writing some new songs for the next release. We are sitting on some covers (Left For Dead, Who Do Ya Know, and Warzone, Crazy But Not Insane) that we did while in the studio for maybe a compilation of some sort. Just trying to keep the fire burning. I have lots of shit on my mind right now, so song writing is very therapeutic and mandatory.

Famous last words?
Just figure out what you want to take with you in this world. I have kept every lyric I have ever written. I save stickers, fliers, buttons, ticket stubs. I will always be involved in music. My hopes is that one day people can recognize that I did my best to hold it town for my scene and be the best person I could pull off as somebody you could see and know that I tried. I hope my kids will one day read this interview online and see what I chose to do with my spare time. I want to thank my band members for jamming with me in Altered Beast. I also want to thank my kids Presley, Tate, Izabel, and Layne for giving me something to work hard for. I gotta shout out to my crazy ass wife Jennifer. Sometimes this world and its pressures has me holding on by a thread. I guess it's better a thread than the end of a rope with no hope in site.