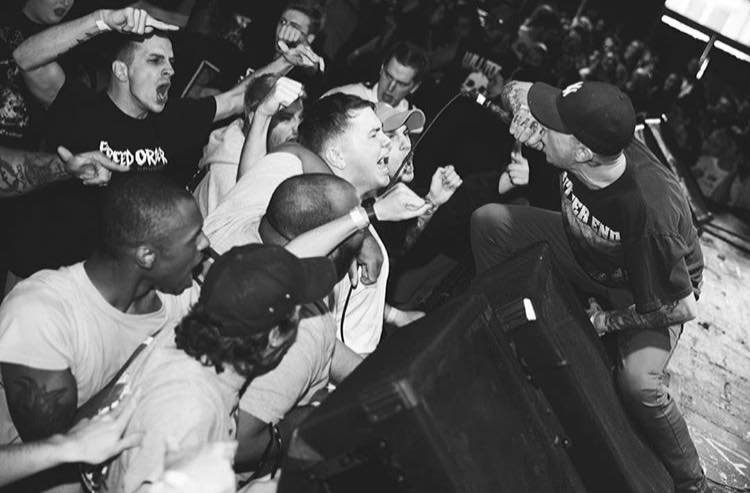 "hardcore is a very powerful cultural force in the underground

When we stop worrying about social and political matters we are actively working against what hardcore itself is supposed to be. "
Can you give Society Sucker some introduction. Where you from, how long you’ve been around?
Society Sucker is a hardcore band based in the Sunset Park neighborhood of Wilmington, North Carolina. We wrote and recorded a shitty demo in a week in 2013 and have been at it in one form or the other since then.

Promo ‘17 sounds sick. Tell us something about these new songs. Is there a new album coming and do you have any other new tracks ready?
Thank you so much for saying that! And yeah these two songs are part of a larger grouping of songs that we plan to put on an LP later this year. We have about 3 more songs finished more or less and a handful more in the process of coming together as I write this. We don't have any real plans yet with the actual physical release but its a little too early to worry about that stuff right now. We wanted to get the promo out to let people we are still alive and writing and show them the direction that we are going in for the LP since we feel it is our strongest material to date.

How is average Society Sucker track put down?
We have a pretty cool set up at our guitarist Chris's house where we are able to jam pretty much anytime and record it, so we riff around a lot and work off of ideas until we come up with something that sticks. The whole process is pretty organic, we try and get everyone's input and write stuff that we want to listen to or beat someone's ass to, whichever works. 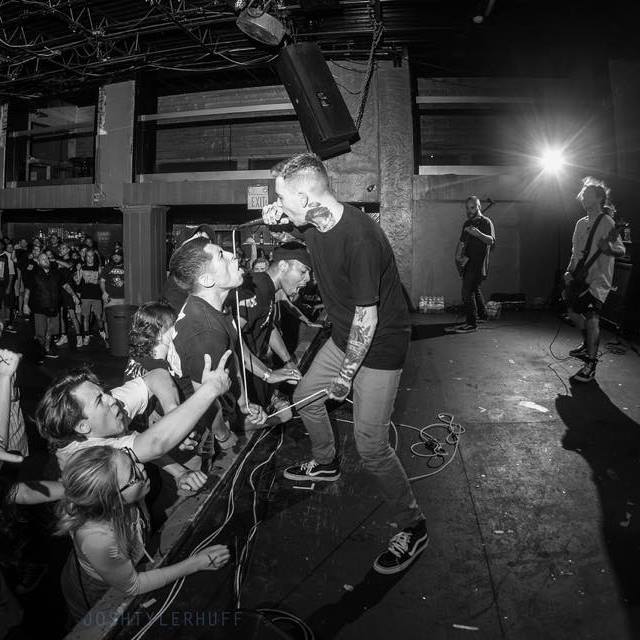 People compare your band to Merauder, Leeway.... How would you describe your sound to people who are just getting familiar with you?
We started out wanting to be groovy and heavy, mixing elements of NYHC with thrash metal and crossover, but we kept kind of evolving between our demo to our first 7" to our split with Will to Die to now. The influences are still there but our approach to writing the type of hardcore that interests us has changed. I would say we are a heavy hardcore band at our core without a doubt, but we aren't trying to replicate anyone else's sound or be a "X-type of band" or whatever. We definitely take influence from Merauder, Leeway, Crown of Thornz, Stigmata and its obvious, but we also take just as much from bands like Alice in Chains, Guns N' Roses, all sorts of other shit so it's hard to pin down where exactly we are at any given moment. We are hardcore dudes playing the type of hardcore that we want to hear.

Your lyrics are far from positive. Is it you getting emotional, or the world is going to shit?
A little bit of both probably. I am a father so I think I see things through more of an expanded view since I am not just looking out for myself at this point, but on the other hand the world changing and happening as it has is what caused me to think the way that I do to begin with and involve myself in the things that I have. Hardcore is a release to me so writing positively isn't usually my first go-to, so I guess in that aspect it is me getting emotional.

Values in hardcore. Do you think it’s important for the music and the scene in this days and age to keep integrity and stand out for social or political matters?
Absolutely. Whether or not people like to acknowledge it, hardcore is a very powerful cultural force in the underground, and the way we talk/act/think/conduct ourselves directly affects lots of people outside of hardcore whether or not they are even aware of it. When we stop worrying about social and political matters we are actively working against what hardcore itself is supposed to be.

What does hardcore mean to you?
Hardcore is an imperfect corner of the world full of imperfect people coming together to communicate and express ideas collectively in a way that no other scene, culture, whatever has. I owe a good chunk of my life to relationships and connections made through the hardcore scene, it is a major defining factor in my life. Even at 27 years old with a full-time job and 3 year old son, I still book shows all over the state of North Carolina, even though I talk about stopping all the time because its a pain in my ass. 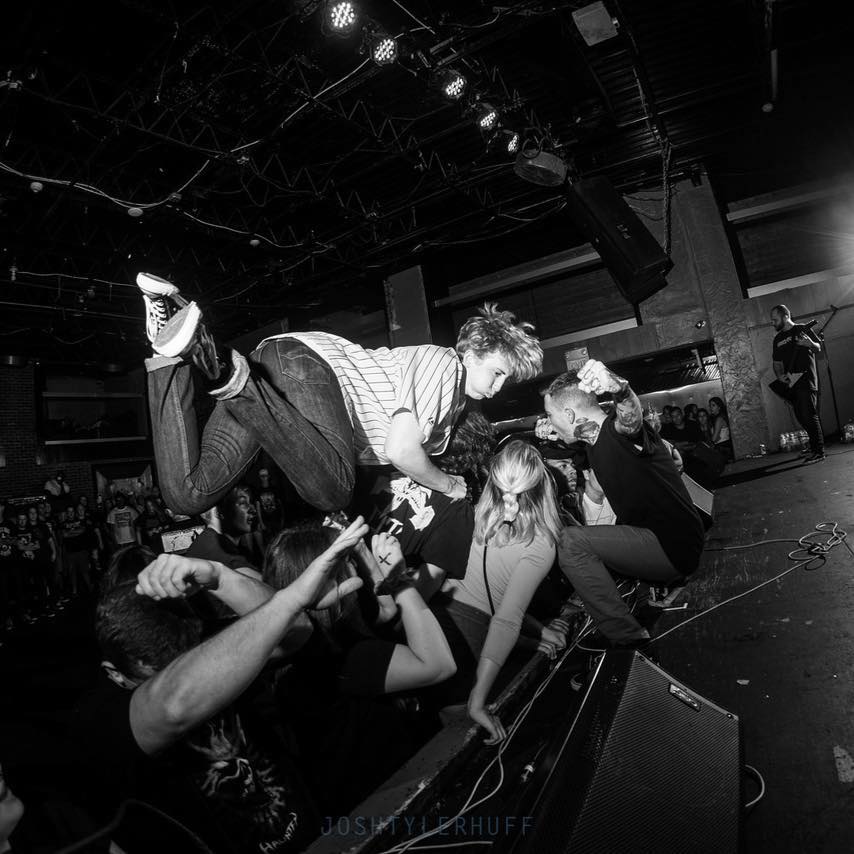 Society Sucker by Agnostic Front or Skarhead?
Depends on how many drinks we've had so far.

What else do you have lined up for the rest of the year?
Playing a fest in Texas in November, we are gonna be playing some shows around it in the south. I think we are playing Baltimore at some point too with Queensway, and we are playing our first show in a minute in our hometown with Three Knee Deep, Stone, Broken Teeth, Break Away, Division of Mind, and Magnitude on July 21st. Gonna try and finish writing this LP and figure out how we are gonna put it out. Who knows what else.