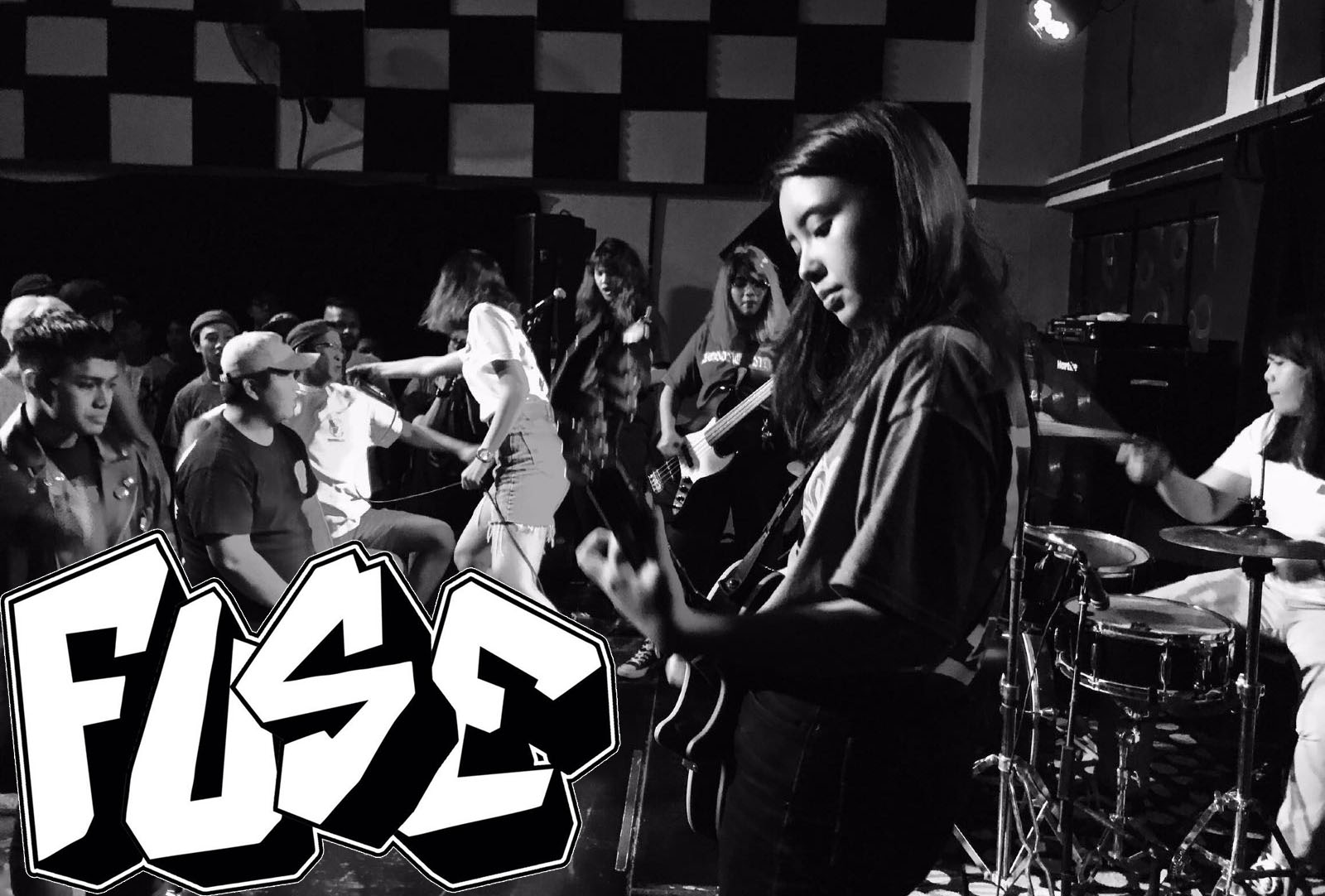 Fuse is a killer all-female hardcore from Singapure whose recent demo was a massive display of force and strength. This band definitely deserves attention.

There are 2 aspects that people first notice when they learn of Fuse. First, it’s all female band. Second, you’re from Singapur. Let’s start with the first one, was it an idea from the start to have only girls in the band?
At first, yes, we only wanted girls in the band. This is because we feel that they aren't many females who are given the chance to be included in something that they love. Some females can't seem to find a place where they can have an outlet to showcase their talent and express themselves. But we then realised, we wanted to expand not only to females but those males who were outcasted in some way. So, we kept our options very open. The vocalist went around to find a second guitarist that was male who was interested in joining the band as the rest were all already girls. However, we found our current guitarist now, that happens to be a female and is one of the best guitarist we can find!

Do you get any funny reactions because of that? Does the local scene show proper support?
Funny reactions? Not really. We aren't the first female band in Singapore after all. Before us, especially the pioneers, have already established some form of female empowerment in the music scene. The Singapore scene has showed us more love than we ever expected! And we are eternally grateful for our friends who helped us a lot in the preparation of shaping Fuse. Not all of us have much experience in music and thus took us quite a long time to actually decide that we were ready to record. With many supportive friends who advice us on tone, what kind of gears to get, giving us their opinions etc, has helped us a lot. 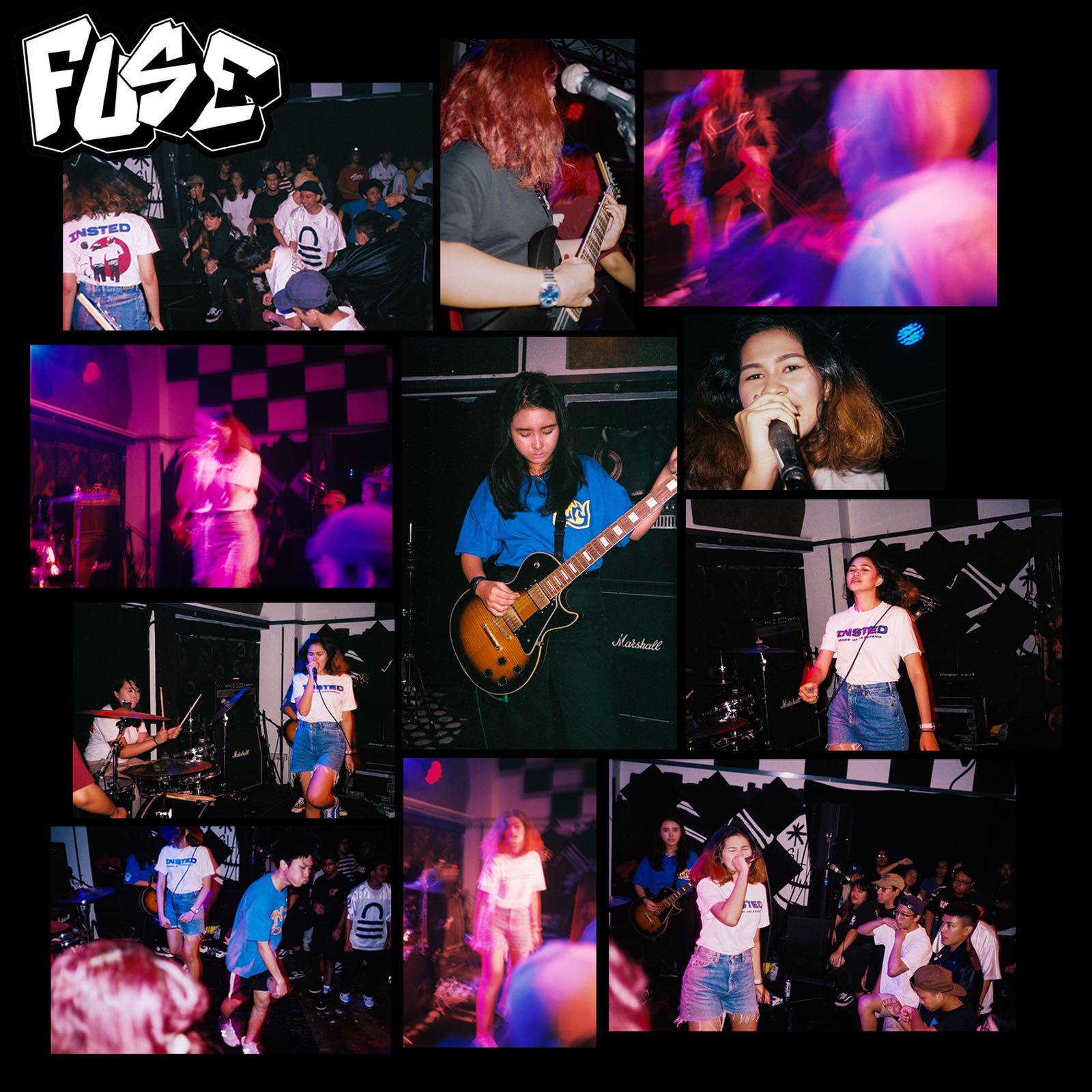 I need to say that I’m really feeling the demo, it definitely rips! Are you happy with how it came out and response it’s getting?
To be honest, when we release it, we were just feeling 80% overall of the promo. We weren't sure what to expect, really. Thus, it was nerve-wrecking to actually released it to public ears. Plus, even before releasing our promo, since Singapore is THAT small, quite a few already knew who was Fuse and they were really excited to listen to what we are all about. That made us feel even more nervous, cos we feel like we have to give them something they would really enjoy, giving them a good first impression. But at the end of the day, needless to say, the support we received was beyond our expectations and we were so overwhelmed. What's better was that it grew to listeners outside of Singapore - Malaysia, Australia and even North America. We didn't know that people would enjoy it a lot. We feel so happy because that was our hard work since late 2016.

What are bands that you look up to when writing tracks?
Some of the bands that as a whole we really look up to is The Rival Mob, Freedom and Primitive Blast. These are some of the bands that we were inspired by especially with their sound. We still want to have that tinge of individuality as a band so we still stick to what we wanted to sound and focus more on the bigger picture. Usually we'll listen to a lot of bands and what we love is what pushes us to be better. You've no idea the amount of songs we've discarded and changed. We kept changing the parts in songs to a point that we even mixed a lot of songs up.

Let us know what inspired the lyrics on the demo.
Our lyrics in the promo are mainly frustrations towards our ever-growing society. There are a lot of people you meet in the span of your life, all with very different personalities. The amount of people you meet, some of which are so negative and basically toxic to your life. This is what we call Poison. People who are narrow-minded with their beliefs and only care about themselves and not others.

I guess not many people from other parts of the world are familiar with scene in Singapur. Give us some insights: is it going strong in terms of bands, shows, kids, labels…
Well, to begin, Singapore is very small. Being small means that almost everybody knows everyone and we are all like a one big family. The scene here, personally from our eyes, are very supportive of one another and that is one of the qualities that we so proud of about our own scene here. We are flooded with very talented people, all doing well in their forte - art, music, photography, DIY, graphics, videography. You name it. From our very own experience ever since we started getting involved in the scene, our community has bloomed a lot. Coming from a small country, we don't have a lot of chances and opportunities to get our music out there and mainly we are stuck in here. Now, bands are even touring the States, Europe, playing shows in Germany and Japan. We really give credits to these bands who've made it far and allowing others to know what Singapore Hardcore has to offer.

When should we expect to hear more music from you?
For now, we are currently still focusing on building our stage presence and improving ourselves, live. Sound setting, knowing what to do on stage, getting interactive with audience etc. We want to be able to enjoy ourselves with the crowd too, get comfortable with being on stage. Although we have quite a few shows on the timeline for us, we are also considering releasing our Demo by this year too. Hopefully, if all runs smoothly, you'll be expecting new stuff from us pretty soon!

Any other plans?
Aside from music, we are in the midst of discussion for tapes. We want some physical copies that people can actually want to keep it home, add into their collection... anything. Just stay close with us on social media (@FUSENOISE on Twitter) cos this year will be exciting!