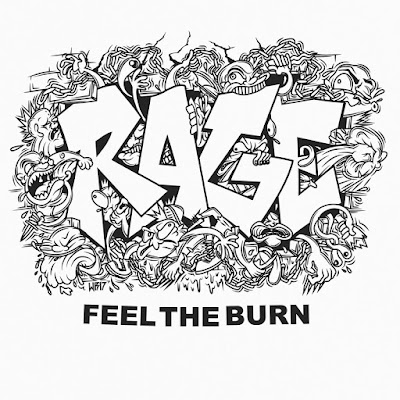 Another dope record from Straight & Alert recs. Rage hails from Australia and their sound brings to mind the rawness of SSD, old Agnostic Front or No Tolerance but they also worship recent UKHC like Violent Reaction or The Flex. I won’t stand here and pretend I am the biggest fan of new wave of British hardcore but I’ve seen Flex live and shit was epic. These dudes are juggernaut in this game, the set was just them grinding everyone in a room to dust.

But back to Rage and this ep. I knew S&A always delivers quality so I was down from the get go and after few spins it didn’t disappoint this time as well. Feel The Burn is 5 tracks each deserving respect for the intensity of aggression it delivers, hitting hard with musical swiftness and the meanest vocals. That band takes it back to the basics so expect no silly shit, this is straight up in your face hardcore. If this crazy ass dude from Wolf Creek started a band that would sound something like this. The tracks to the end of the record are the hardest. Constant Static sounds fucking epic, they same goes for No Hope. These two tracks alone make me feel like I've already gotten more than my money's worth. Grab this now and get stomping.