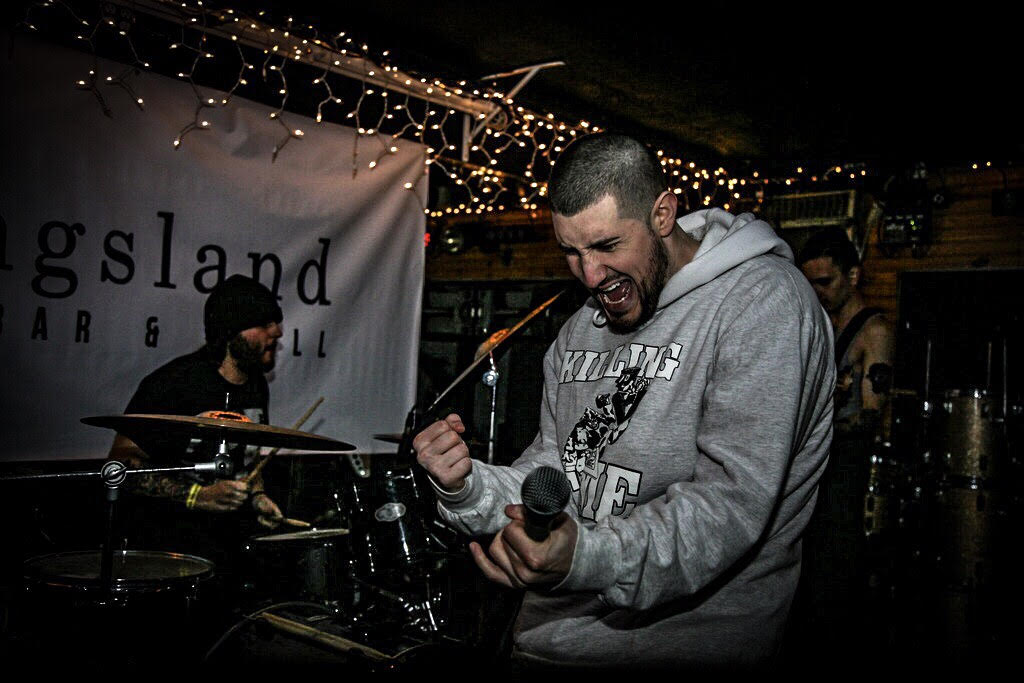 Make sure you check out Demo 7" out on Straight & Alert!

All answers by Andrew

Congrats on the upcoming 7” ep. But before we get to that, tell me more about Combust. How it all began? How long has the band been around?
Thank you man! Combust began because I (Andrew) and the drummer Dave just always had this desire to play in a straight up NYHC band. Something that was in the vain of our favorite bands we grew up on. The band has been around since the beginning of August just about.

When starting the band, did you had any idea how you wanted it to sound or what type of lyrics to write, or did it just came naturally?
Yea, like I said before I literally came to our drummer Dave with the exact idea of just wanting to be a straight up New York hardcore band. This has been an idea in my brain for years but I’ve always been in different bands so I’m glad it finally came to life. I’m really proud of the demo and the way it sounds. As for the lyrics, that’s just something that comes more naturally I guess.

Can you tell me about the lyrics on the demo?
Thank you for asking this. I always enjoy discussing lyrics.
The lyrics on the demo are just all things that are constantly going on in my head. The first song “Combust” is just about Ya know, the fact that you turn on your tv and it’s nothing but news stories on violence and chaos and riots but then they feed you bullshit propaganda and try to sell you shit you don’t need...it’s tragedy and marketing all within the same 10 minute span and you have to just keep on going with life all while dealing with your own day to day bullshit. Its hard to find positivity anywhere in the world. The second “Another Fool” is obviously about dealing with heart break... “Drowning” is about trying to make it in life with no direction and no idea what you’re supposed to be and just essentially growing up. The last song “My Fire” is about losing faith in friends you felt a strong connection with. Whether it pertains to being involved in Hardcore or being straight edge or just even feeling like you thought they were by your side in any endeavor but turned out to be on a different page.

So, how come European label is releasing your stuff? How did the cooperation with S&A come about?
Well basically Straight and Alert approached us talking about how much they loved the demo...no other labels really spoke to us besides them haha and I just was stoked that anyone in general was excited about it. Working with them is super cool. Alexis is a great guy and we can’t wait for this to be out.

How did you guys get involved in hardcore? What does it mean to you to be a part of it?
My cousin is the one who actually got me into hardcore when I was about 12. Gave me a lot of important records and took me to see a lot of bands when I was younger and schooled me to some great shit. Being a part of Hardcore at this point in my life is basically part of who I am as a person. It’s the only thing that keeps me going through the day most of the time. Helps me keep my head on straight which is crazy to think about honestly since to other people it’s just some really shitty crazy people music.

What are some of the life-changing hardcore albums for you?
The first Hardcore record I ever heard was The Age Of Quarrel so that is definitely incredibly important to me...there are so many. Brightside is my favorite NYHC record easily. Unorthodox by Indecision really captivated me when I was in catholic school my freshman year...I listened to that burnt cd til my Walkman didn’t work anymore. Also Humanity is the Devil by Integrity (I know it’s not New York) was a huge part of my teenage years as well.

Which part of NYC you’re based at?
We’re based out of Staten Island and our bass player Manny is from New Jersey (unfortunately)

How does coming from NYHC shape your attitude to the hardcore music and culture given all the history of the place?
I definitely feel like you set a certain standard for yourself or at least I do, if you’re playing in a hardcore band based out of New York. There are so many legendary bands and it’s like how can you even begin to write anything that can compare to the other bands from your city ya know? But I think if you’re from New York you got a certain attitude. You can’t fake being a New Yorker and that’ll reflect in the music you put out.

What’s scene in NYC like nowadays?
The scene in NYC is...hard to explain. There aren’t a lot of young hardcore bands coming out of the city at all. Most newer bands are coming from Long Island or if the bands are from New York City it’s usually people who have just moved here recently (which of course isn’t a bad thing) but the shows that go on in the city are weird to me because you never see the same people attend all the shows. It’s always a diffeeent crowd catered to a different feel of hardcore shows. Its such a big place so we unfortunately don’t have a tight knit scene but shout out to all the people who do their part and consistently support everything that’s going on within NYHC.

Recommend some newer bands from NYC area that get overlooked.
Lions Cage is an awesome band more people should listen to.
Illusion is also another band that is just straight up crazy.

What is band’s gig history like to date?
We’ve only played 2 shows so far. Our first show was with the Cro Mags which was pretty cool. Glad we got to play with a band that basically got me into hardcore and also one of the best bands ever...but we got 2 shows coming up in 2 weeks with Mindforce, Illusion , TOS and Queensway and then the other is with Trapped Under Ice, No Warning, wisdom in Chains and Vein. 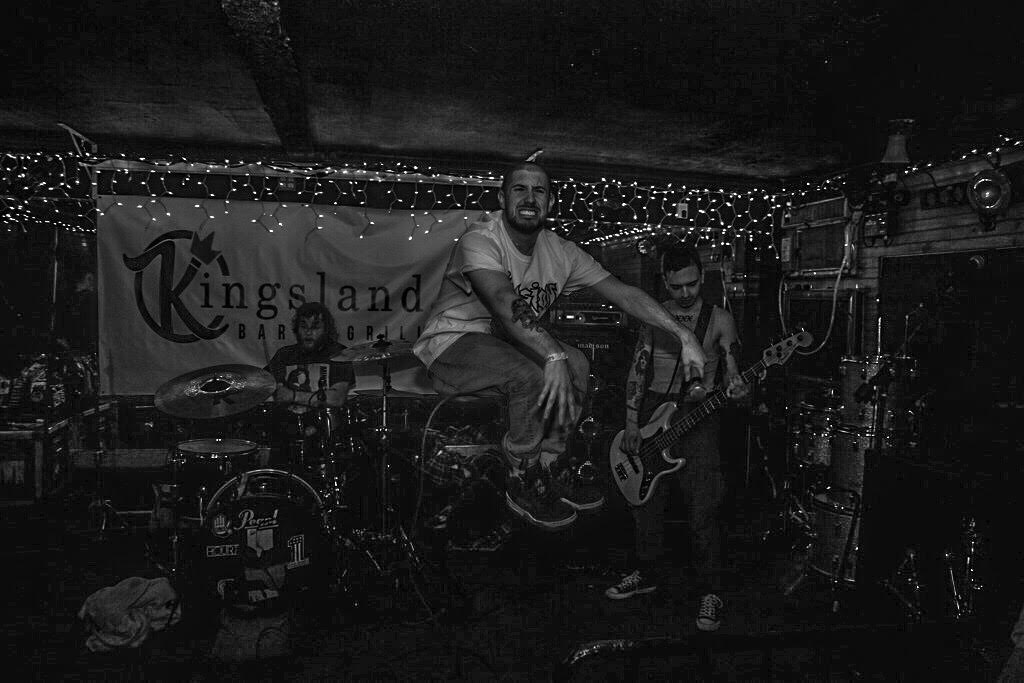 What’s the craziest shit you’ve seen at a show?
The craziest shit.......wow. I know there’s gotta be something that isn’t coming to mind right now and I’m gonna kick myself in the ass for not remembering it. I’ve definitely seen some out there shit occur at probably every show in New York ever hahaha. One of my older bands played a show in Virginia Beach with the Mongoloids and it turned into a full scale riot. Kids vs. security guards. Barricades were flying everywhere and shit. I’ll never forget that.

Anything else you want to say, shouts outs?
Listen to The Fight, Mindforce, TOS, Regulate, Illusion, Ammunation, Downfall, Hangman, and newer hardcore bands in general. Shout out to Straight and Alert Records. Shout out to my cousin Chris Robots Will Kill for always supporting my bands by doing everything for free Hahaha. Shout out to NYHC and shout out to you for doing this awesome interview.

All pics by James Scott.