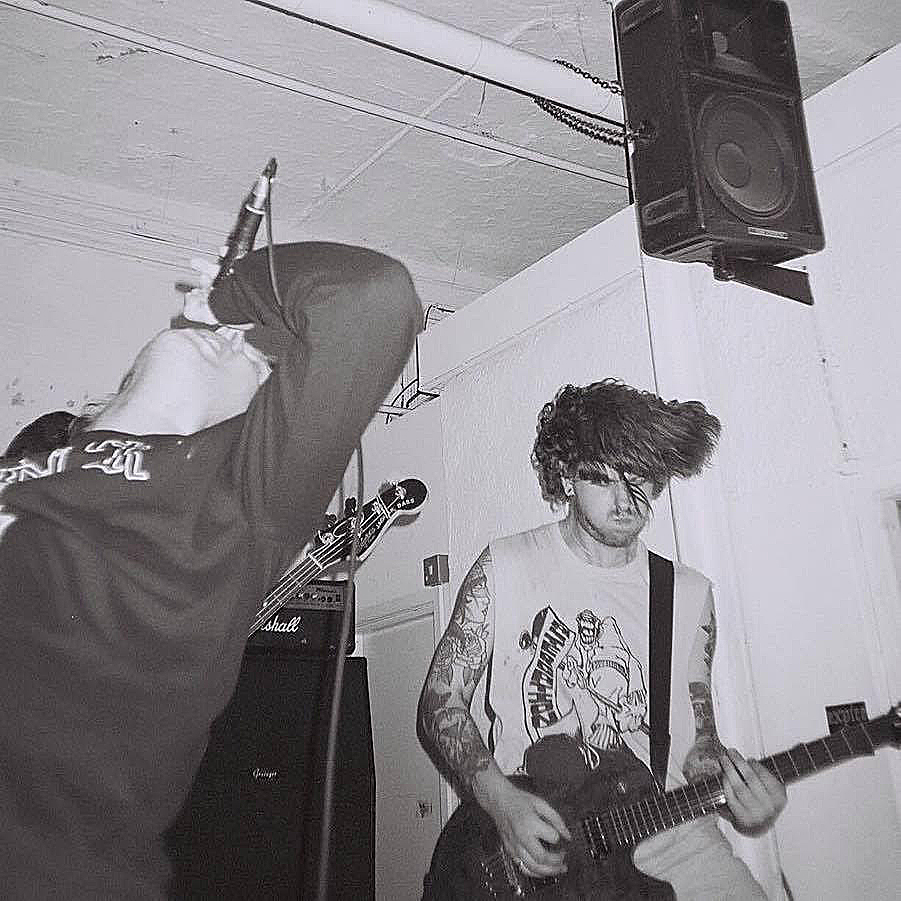 Big Cheese rep UK and sound like Breakdown and Warzone put together. Their Aggravated Mopery ep from last year is a definite must listen because of how killer it is. This is your soundtrack if you want to go out and do stupid shit.

Give us some background on the band. How did Big Cheese come about?
Maegan our guitarist had just moved in with me at the time. She had some songs written and showed them to me and asked if I’d sing on them. After we adapted them and wrote them into full songs we took them to a practice room and asked Louis (guitar) and Alex (drums) who also play in Higher Power to join as I knew it’d be right up their street. From then we recorded the Sports Day demo with an old chap at a spot in Leeds for 40 quid or so. I played bass in the band initially and on this recording. When it came to playing live, we eventually got Anth in on bass.

I’ve been listening to Aggravated Mopery and this record is straight up true blue hardcore they way it should be done. Let us know your feelings now when this staff he’s been out there for some time now?
Thanks for the kind words mate. I have a hard time listening back to anything I’ve played on as I pick holes in it and wish I’d done something different. I’m sure the others would agree. In this case, I think we’re all proud of Aggravated Mopery and feel like we’ve done a good thing. People seem to be digging it and that’s all I could ever ask for!

I hear tons of classic NYHC influences in your sound. What is it about bands like Warzone, Breakdown or Madball that resonate with you?
I feel the sound of those bands and others alike is unique. It’s ferocious but also stylish and captures the mood of a time and place. It would be difficult to describe exactly how listening to this style of music makes me feel individually as I’m sure we share similar feelings but as a drummer and a vocalist, it’s almost the perfect amalgamation of aggression which is pertinent to punk music and creative expression; such as dropping a funk or a hip hop beat over a metal riff, or in a lot of cases articulating something pretty positive and unifying. 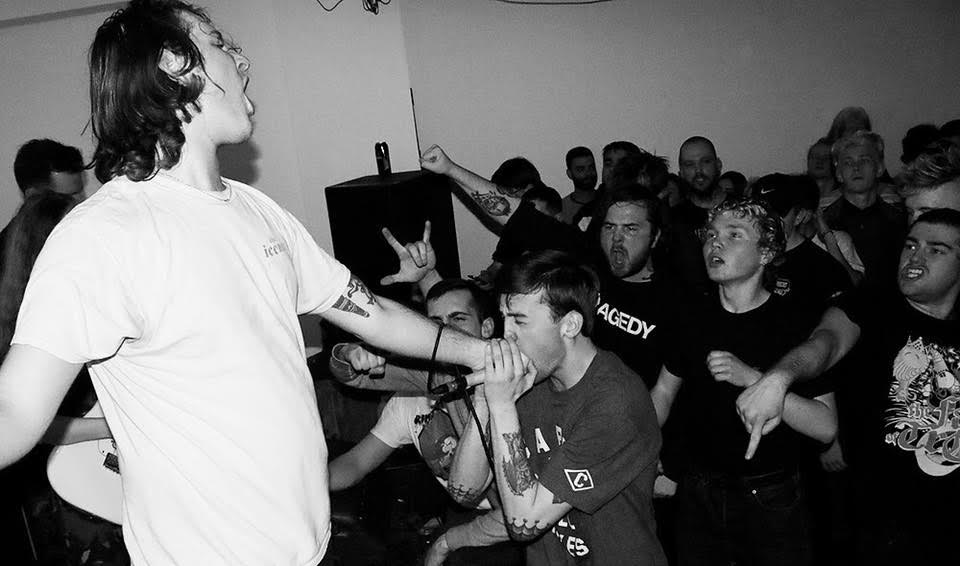 Forget US, are there any UK bands that you especially look up to?
Motorhead, GBH, Ripcord, Voorhees, all of it! I’d say my favourite bands in the UK right now are Vile Spirit, Frame of Mind, Arms Race, The Flex to name a few. I look up to em all in different ways.

I relate to many of the lyrics on the ep, they’re bleak and negative but it’s hard not to feel that way looking at the world around. For those who will not bother to dig deeper, what is the main message you wanted to get across to the listener?
I didn’t want to put anything particularly mind-altering across but I wanted to have fun with the lyrics in a way that would make people think these words are daft but hang on a minute, I think I get it! haha. TCP I’d thought of as I stood by my old house overlooking abandoned industrial estates and a crumbling railway bridge with a junkyard dog barking out at everyone who walked past. I wanted to convey the bleakness of life and general disdain for the powers that be without being overly serious. Glass In Your Foot was another theme that had been on my mind a lot, humans living vicariously through social media rather than kicking a football against a wall or being fulfilled by real life experiences.

What is playing in hardcore band about to you? What do you want people to take away from what you’re doing?
Music is my hobby and has been since I was about 7 years old. Playing in a hardcore band is fun and a release from the facades you sometimes have to put on in every day life. I’d want people to think it isn’t about trying to be cool or fashionable but if you’re gunna do it, really give it some and without any compromise. 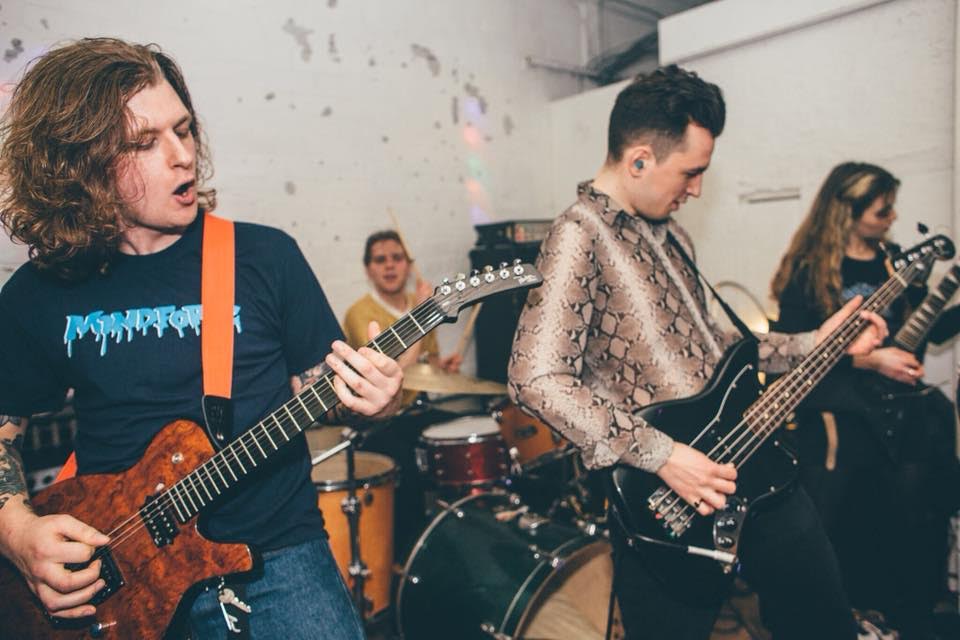 There’s a lot of hype concerning UK hardcore nowadays. As an insider, what’s your opinion about the scene over there?
To be honest, it ebbs and flows and people come and go quicker than the length of our demo. At the moment, it seems there’s all of the bands but none of the fans and shows are hard to come by. It’s this way up and down the country, except maybe London. When it’s good, it’s really good though and there’s some unforgettable memories; I love it.

If you want to give props to your label, Quality Control HQ, now is the time.
QCHQ is factually the best DIY label in the world, cheers.

What the future holds for the band?
We are writing an LP and are touring Europe with NYC’s Illusion in August. We also have a song coming out on a comp cassette on Platinum Hits with bands such as Diztort, Odd Man Out etc. but I couldn’t tell you a date. Hopefully we’ll be gracing the US of A soon.