Review: World Of Pain - No Utopia 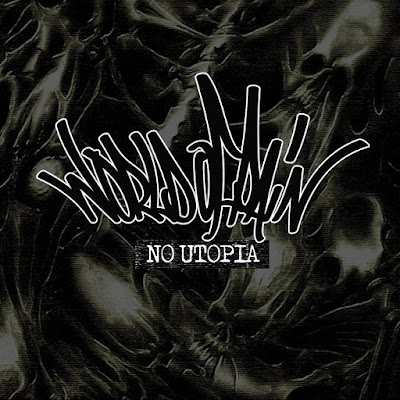 First time World Of Pain caught my attention was when they dropped that split cd with Xibalba and Ruckus. All three bands sounded killer back then if metallic hardcore is your thing. Since then World has been steadily putting new material that I had fun listening to and I hoped No Utopia would be just as good.

Truth be told, I had to suffer through first two tracks, Knee Deep and Internal Warfare, cause this is the slowed down, double bass heavy shit that annoyed me too many times already. These two just don’t move me at all. The guitars sound artificial and the groove is absent. To me it is just the complete opposite of all the elements that made Bulldoze or Next Step Up so ruthless and moving. But, despite the record’s lousy beginning, it is not an ordeal and next tracks offer a glimmer of hope Leech is nice with an old school beatdown feel to it opposed to the double bass slam of some of the previous tracks. This is the type of shit this world needs more of. Definitely my favorite one on the album. Apocalypse Now is aggressive and raw, Losing Sight hits you hard with tight groove and sharp riffs and Buden is slow burn teror with the meanest vocals. "Set me free from this war inside of me / face your demons, face yourself. Conquering / no utopia, not on this earth." Hard as nails!

Lyrically it goes from personal stuff to ranting about the corrupt and hypocritical system. Whatever the topic, the vocals enforce the message in a manner that’s far from subtle. It might not go down in history as the defining voice of how fucked up the world was in 2018 but still sounds strong without going too dramatic.

It’s not often that I’m confused by my feelings for a hardcoe record. I thought this album was merely alright when I first heard it, but it has since grown on me. It’s slightly held back by few tracks that don’t rip, but all in all No Utopia turned out to be more killer than filler.