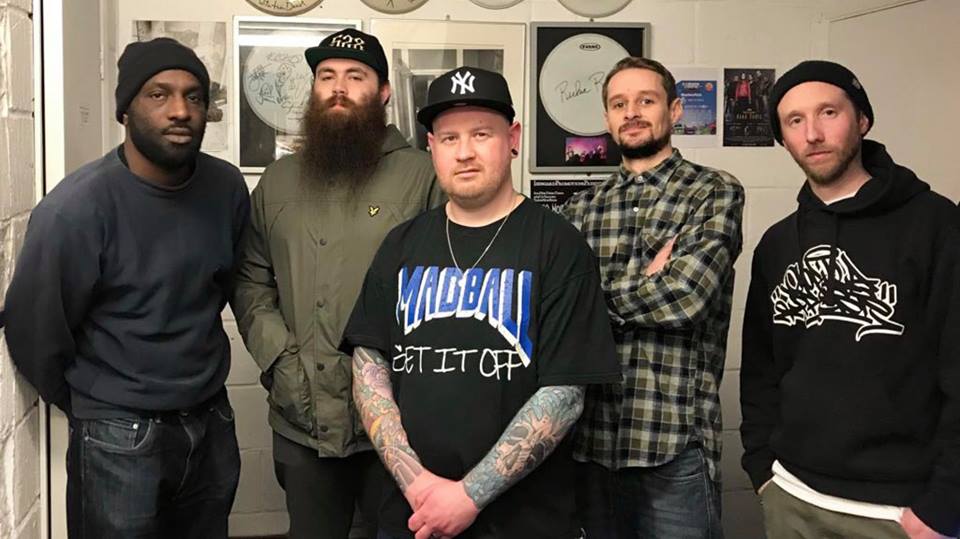 Cold Hard Truth, Crippler LBU, Ironed Out, Proven... these are just some of the bands members of Last Orders had their dirty hands in. If you know anything about LBU scene you know it reads like who is who over there, meaning quality is guaranteed. Last Orders is more on the relaxed side of things, especially when it comes to subject matter that revolves around beer, fried chicken and telling hipsters to FUCK OFF... All acceptable topics for a hardcore song. Check out the interview with Ryan (guitar) and Louis (vocals).

First off, Last Orders - give us some overview of the band. How did you get started?

Ryan: Bunch of mates that talked about doing an old school sounding band for a while. Ended up all fitting together well with everyone being on the same page as to what they wanted this band to be....

Louis: Ry (Guitars) had an idea to start a new band but wanted to try something a little different. So he approached Louis (Vocals) who was looking to start another band but wanted to do vocals on his own. After that Ry spoke with Joe (Guitar), Louis chatted to Jake (Drums) and finally Joe asked Skel (Bass) who was up for doing something after taking a few years out from playing in a band.

There’s no money and no fame in playing hardcore, so why do it?

Ryan: We do it because we love it. The music, the message and the people we meet along the way.

Louis: For me I've always done it for two reasons. Firstly, as a release and secondly because in a world that is hard to get your voice heard without diluting your message, hardcore is a great platform to get whatever it is off your chest and spit your rage (so to speak). It's never, ever been about money or fame. 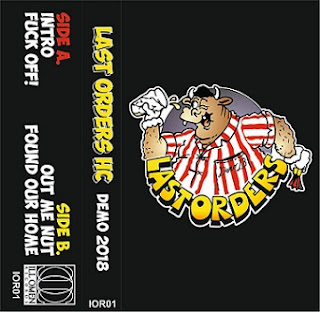 The demo is your first release. How long was it in the making?

Ryan: Some of the riffs have been around for a while but all came together when this band got in a room and played. Bits got switched up, ideas got flowing and it just worked. The recording itself was done over a couple of evenings at k town studios by our good friend Steve BDF.

Louis: Not too long. Whole process was done in within a couple of days by our good friend Steve BDF.

Are you happy with the final result?

Ryan: Steve did a blinding job of capturing where we were at that point of the band. We wanted something a bit more raw sounding than we had done in our previous or current other bands and he did just that for us.

Louis: Definitely, we didn't want a polished sound. A lot of new bands spend hundreds on doing a demo and we wanted the opposite of that.

Apart from dissing avocados, is there any type of message in your music that you want to send to the listeners?

Ryan: Hahaha. Overall we want this band to be about having a good time but Louis always writes lyrics that are true to him.

Louis: Haha, our overriding message is we will say what we want within reason of course. You don't have to like us or pretend to like us either. Having said that, we just want to have fun with our music and see how far we can progress with it. There are no deadlines or time limits. In a scene where most bands write about politics, animal rights etc we just wanna talk about trival dumb shit. We can't all change the world sadly.

What bands inspired the music on the demo?

Ryan: We all listen to loads of different music, but I would say Cro mags, knuckledust, wisdom in chains, sick of it all, skarhead. Just those old school anthemic hardcore bands that you can grab the mic and sing along and stage dive.

Ryan: Stronger than ever. Rucktion Records are holding it down as per usual with their latest release (Ironed Out’s ep) and they are 20 years deep.... just look at that back catalogue to see how strong it is. There are load of Incredible shows and huge line ups being put on around the capital by people such as Ready Eye Collective. Who would have thought you would see a UK exclusive of Meruader playing Master Killer in full?! so huge thank you to the hard work of the Ready Eye dudes.

Louis: It's decent. We have some good people putting on shows like Ready Eye Collective, Moral Decay, United Voices HC formerly London HC collective and of course Rucktion Records who have been involved with the London scene for 20 plus years and still going strong. There is a little split but that's always been there for whatever reason. 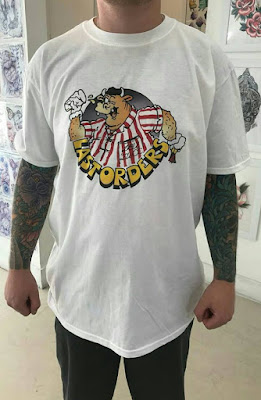 The list of your ex and current other bands is long and some of them already left the mark on the UK hardcore. When you look back, what are some of your best memories being part of the scene?

Ryan: For me personally just being able to be a part of this scene is a privelage and part of me being who I am today. The people we meet along the way become family and the memories we share we hold strong.

Louis: Best memories are making all the friends and family I have now and being able to travel to places as close as Belgium and as far as Finland.

Top 3 UKHC albums of all time?

Ryan: Ok so these aren’t technically all albums but I have to go with:
Knuckledust: time won’t heal this
xCanaanx: Gehenna Made Flesh
50 Caliber: Internal bleeding

London is a metropolis which comes with both positives and negatives. Are you born and raised there?

Ryan: Personally, no I’m from Canterbury in Kent originally. I have been in and around London my entire life though and it’s the city we love.

Louis: Louis is from East London and Jakes from South London. Ry is from the Garden of England, Kent. Skel and Joe are from Boston in Lincolnshire but Joe has been living in London for about two years now. Living in a city comes with its challenges but I think the hardest thing is paying bills because it's an expensive city to live in.

Ryan: We all work full time and some of us have families. We make time to do this because we want to make music together and it’s an escape from our everyday lives.

What does hardcore need more of?

Ryan: We need more of the younger generation to carry this on and keep it fresh and continue this thing.... we need more people to go to shows so people like Ready Eye Collective can continue to bring you the best bands possible.

Louis: People supporting shows by paying into the venue. Bands need to be paid at the very least petrol money.

What does it need less of?

Louis: Identity politics, cosplay poverty and new bands being placed above bands that are already established. A lot of young promoters are forced/bullied into putting new hype bands higher up a bill and I think it goes against the ethics of who and what we're about. Pay your fucking dues. End of story.

Band’s plans for the future?

Ryan: We are playing with Knuckledust and wisdom in chains this weekend, with our friends in Pints and Injury Time and have a few new tunes we are working on. We hope to have something new recorded by the end of the year.

Louis: Tour, write more music and just have as much fun with this as possible.