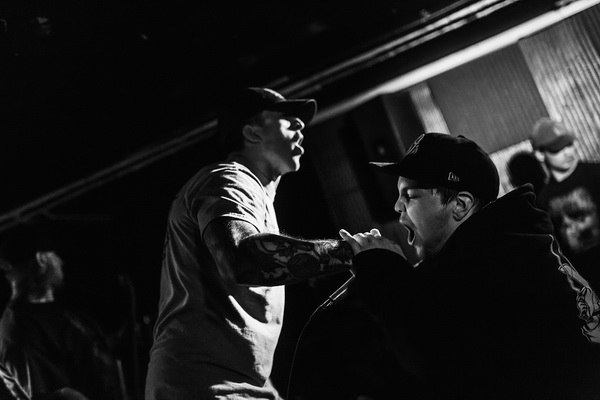 No Saving Grace caught my attention with the recent two-track digital release: Private Hell and Shadow. Both tunes absolutely knock. If you're into heavy ass beatdown hardcore but without all the drama and posturing look no more. It's just two songs but the band does not miss a step musically or lyrically. Honest, down to earth lyrics backed by a bone-crushing groove plucked straight from 90' beatdown heyday. Check out the interview below, check the new tunes and check their back catalog, the band has been steadily putting out records since 2014.

Could you please introduce No Saving Grace and give us some history of the band? I be honest, although you’ve been around for a couple years already, it’s just now that I got to learn about the band.
NSG have been around since 2013 but released our first demo in 2014 due to a lot of line up changes. Since then we have put out EPs, demos, played a bunch of shows in the UK/Germany/Finland etc and recently put out a promo tape on Moral Panic Records. I guess one the main reasons we have been flying under the radar so much is because we come from a smaller town in northern Europe without any big label promoting us and haven’t been touring nearly as much as we should. We’re still grinding as a band though and plan to put out an album as our next move.

There’s no money, no glory, no fame, so why start a hardcore band?
I think for most people it’s the love of the music and the energy you get from playing hardcore shows can be really addictive. For me it’s both of those reasons but also I got a lot of shit I wanna vent about and having a band where I can write lyrics about that stuff and having people relate to it is really important to me. Plus the love you get from the hardcore scene is huge. 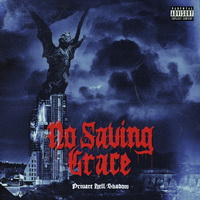 Private Hell/Shadow are the new songs. Tell us something about it.
These songs were originally intended for a split with a band from the US that never happened thanks to the corona virus. We recorded them earlier this summer and finally agreed to just put them out on our own instead. We were listening to a lot of Cold as Life and Neglect writing them, and lyrically we draw inspiration from things we’ve experienced in real life.

What progress do you see in each of your releases? From the demo to the newest stuff?
Our writing has become a LOT more tighter and it sounds corny but I feel like we found something that we could call our own sound. Going back to our first couple demos and listening to our newer stuff makes us almost sound like a completely different band and I’m pretty proud of that. When we first started we didn’t take this band nearly as seriously as we do now as well which is cool.

Private Hell is about losing close ones to addiction. Is it based on a real story and what prompted you to write these lyrics?
It’s based on the struggles a close family member of mine went through because of his addiction. He’s in a better place today though and I’m very grateful for that.

Are drugs a real problem in Sweden?
It’s a huge problem in Sweden and have only been getting worse over the years. Our justice system treat drug addiction more like a crime than an illness and we have very strict laws when it comes to all kinds of narcotics. You can get between 6 months up to 10 years in prison depending on how severe your drug charge is. My city is known as ”powder city” because of easy it is to get your hands on things here. Not to mention the work police do to get it off the streets only help create a harsher environment because of the tension it sparks between the people that supply it. How Covid has affected hardcore scene in Sweden? It seems your country has a rather relaxed response to pandemic with no lockdowns and tough restrictions like in other European countries.
Shows aren’t happening anymore because of the restrictions so it’s pretty dead at the moment. Bands are still putting out music online but without any way to play it live it’s easy to just put the band on hold and find something else to do. Our country has had a pretty relaxed response in the beginning and only recently outlawed bars from selling alcohol after 8pm. A few days ago the government recommended people to start wearing masks while traveling and so on. We are late with everything in this country.

Before anybody starts saying Refused is the greatest hardcore band to come out of Sweden, give us some local current names to prove those ignorant minds wrong.
Embrace Death, Waste, Constant Abuse, Existence and ESPECIALLY Blood Sermon and Outstand. They’re both gonna put out a new album very soon that will beat all your asses. Don’t sleep on them. Shoutout SBU

Top 3 beatdown bands that are not Bulldoze or Shattered Realm?
Built Upon Frustration, Bun Dem Out and Enemy Mind

Final question: is this world going insane?
It never was sane