Here's the long awaited interview with Alec from Mentally Vexed records. The label has been carefully building a no-bullshit catalog of hardcore heavy-hitters with tape releases from bands like Sector, Minded Fury, Embrace Death, Out For Justice and more. From the choice of bands to the visuals, everything is craftsmanship. Check out Alec dropping some science on the innerworkings of an independent hardcore label.

When did you start Mentally Vexed and what is the philosophy behind it? Mentally Vexed started in March 2020. It's run by me (Alec), Jack, Mason and Ash, and the basic idea is to push smaller bands and businesses associated with the hardcore scene. We try to keep everything as DIY as possible, and where this isn't possible we use small businesses to do what we need (ie. independent local printers rather than big corporation).

Tell us something about the fanzine. It all started with the zine, right? My day job is in the events industry, so as of March 2020 I pretty much stopped working. I needed something to do, to stop myself going crazy, so decided to try and write a zine, which I was gonna publish online. I basically did interviews with friends and peers bands from the UK, and reached out to Year Of The Knife to try and get someone international involved too. Mully from YOTK really kindly answered a few questions from a stranger for a zine that didn't exist yet, and I put the finished thing online a few weeks later. People kept asking me when they could buy a print copy so I decided to print 50 and sold out in the first week. One by one the other guys came aboard and we haven't slowed down since. 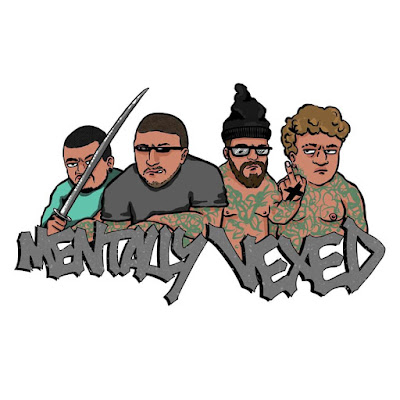 Nine releases in one year is an accomplishment, especially when it was 2020 when the pandemic took over. Is it a lot of work to run a hardcore label? Thanks! I wouldn't say it's a lot of work as such, but if you're not organised you'll fall flat on your face as soon as you start. I'm so proud of how much we achieved last year, so thanks to all the bands that made it possible.

Take us through stuff that needs to be done to put out a record/tape and how much time does it take? Everything can be broken down into tasks and ticked off as each task is completed, which keeps things organised. Generally the timeline is around a month from first contact to release, and the process will usually be; -Discuss numbers and what each party "gets" out of a release -Amend digital artwork to fit J-card/O-card (DIY) -Order J-cards/O-cards and tape labels (small business printer) -Order blank tapes (small business supplier) -Duplicate tapes (DIY) -Create release poster (DIY) -Assemble tapes with labels stickers etc. (DIY) -Share release around on social media, sell and send copies to distros You release almost only tapes. Why this format? There's a few reasons. Tapes are cheap enough that we don't need to charge loads to sell them, they are more collectible than CD's, and there's enough variables in colour, case/sleeve design etc. that you can go crazy with the DIY customisation.

What has the response been to the stuff you released so far? What release got the most attention? Yeah so far we've been super lucky with people buying stuff, sharing our shit and just generally enjoying what we do. We put a lot of time and effort into EVERYTHING we do, and I think that pays off. I would say the release that's got the most attention is, surprisingly for a new band, Upraised. I think there's probably a small degree of more people knowing about us and what we do, but mainly it's because the songs are really that good.

I love the rap influences on some of your graphics, it reminds me of No Limit esthetics. Where does it come from? Yeah that kind of snowballed a bit haha. All four of us love hip hop, and we decided to do a Madvillainy rip for the first release. Jack MVR though it would be funny to make a pen and pixel type promo poster for it so he did and we had a laugh and sold out of the tapes. Then we decided to do it again for the Sector release but with the Chicago Bulls on the poster as that's where they're from. It's carried on from there, picking something from each artists home town or state and incorporating it into the graphic. We've done so many that I don't think we can stop now...oops. 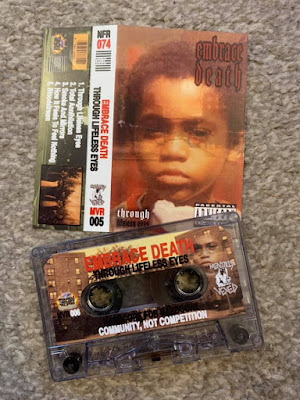 Could you tell us about your upcoming projects? Yeah, we're just printing issue #4 of the zine this week, and we're also working on getting the Suppress Promo tapes out ASAP. The songs are being mastered right now so they will be out soon. We have about 10 releases in the pipeline at this point, 3 of which are fully confirmed and should be available in the next month or so.

Is there any one band that you would like to work with that kids would be surprised to hear? Personally I'd love to do some more punk stuff, there's a band called Stiff Meds from London who I wanted to release but they already had something lined up elsewhere. I was too slow and you can't win em all, but you should definitely check their new(ish) album out because it's SICK.