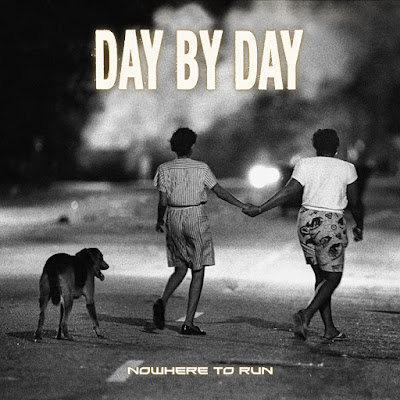 Between me and you, after first listen I thought this record does not make any sense and I want my money back. I bought that lp because of the hype and I felt like a fool. The cover art sill looked cool thought so decided just to keep it, and since I spent my hard earned money on that crap, thought I'd give it a second chance. And a third. And couple more.... and I finally began to realize I was wrong. Nowhere To Run is fire! Day By Day hacks back to glory days of metallic hardcore made by the likes of Stigmata, Dmize or Declination-era Cold As Life. Not crazy heavy, but heavier than Madball. I could be wrong but the vocals remind me a lot of some European metalcore bands like Kickback or Out For The Count. By that I mean high pitched screams that always take me a while to get used to.

On the lyrical front, Nowhere To Run is about the pain and the struggle in a world full of shitty people doing shitty things. But not that 'let me remind you to feel bad' vibe, it's more about dealing with adversity and standing your ground. And there's a mandatory salute to the local scene with SFLHC. Pain and glory - if that's not what hardcore is about than what is? Pretty sure this dude has not done any poetry class because it's all written in a straight forward, almost naive manner, but if that's your problem that means you're on the wrong blog.

All in all, Nowhere to Run come of as fresh and innovative, and there's a sense of menace and urgency once you catch the vibe of it. It took me a while, but I don't regret giving it a second chance. 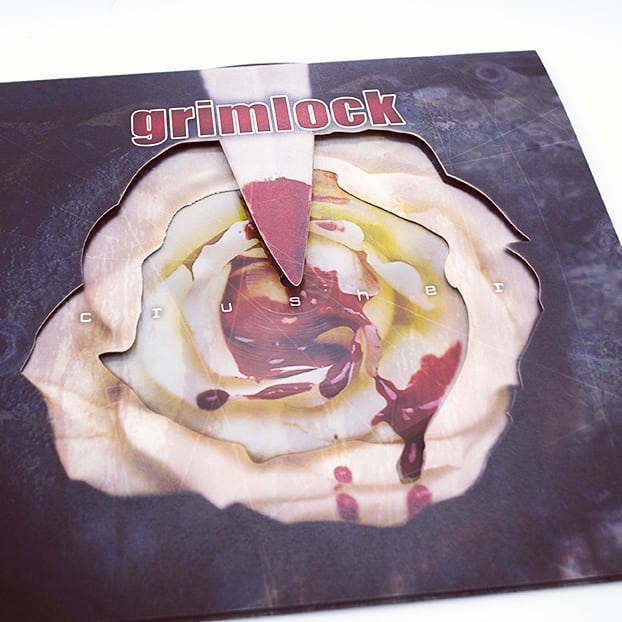 If you know Knives Out you know everything done by them is a work of art. I've seen pictures of the upcoming Crusher "Steel" deluxe vinyl edition and it looks fat to death! Some of the options are sold out already so head to their website to secure a copy for yourself before they're all gone. Strictly limited!

Next in line for Knives Out: Xibalba, Sheer Terror and Death By Stereo.


This video has less than 1000 views as I post it, which just proves their point we as a humanity are doomed.

I know nothing about this band but I like this track. This is yet another take on classic thrash sound and Inhuman Nature is 100% metal but their connection to hardcore could be traced through some of these dudes being in Hang The Bastard ages ago. A Nuclear Frost is a furious masterpiece mostly thanks to sick riff that has 80’ thrash slapped all over and lyrics about the end of the world and collapse of humankind. I am definitely checking their self titled album album despite it having naked Conan on the cover. 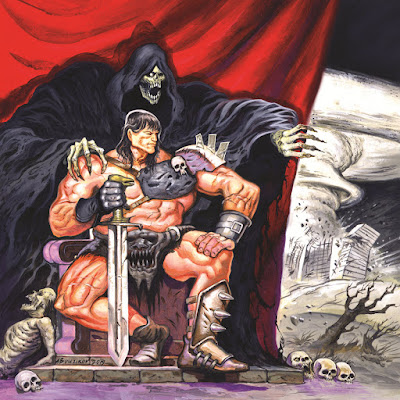 FFO: old Sepultura, Power Trip, Slayer, you get it... don't hate the band for picking up moves from the world champions in their weight class!

New Audio: Eyes Of The Lord 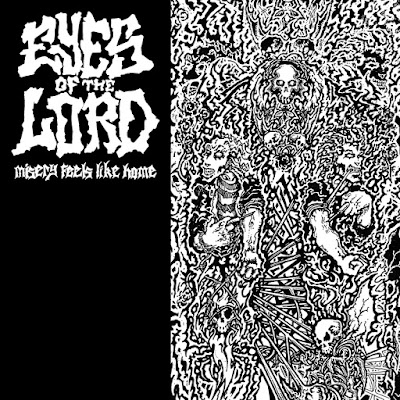 What the hell happened? Where did they come from? These men and their anger and violence... why are they dragging us into their inferno?

“For the eyes of the LORD run to and fro throughout the whole earth, to show Himself strong on behalf of those whose heart is loyal to Him. In this you have done foolishly; therefore from now on you shall have wars” (2 Chron. 16:9).

Original singer of 100 Demons is in this band and these 3 tracks are a teaser for Misery Feels Like Home album. 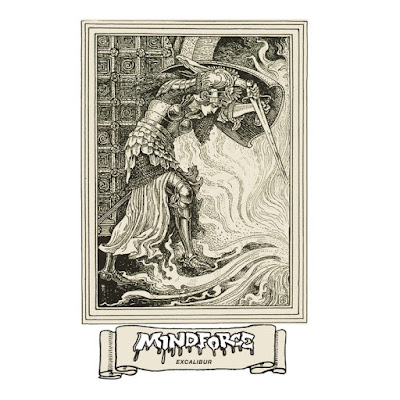 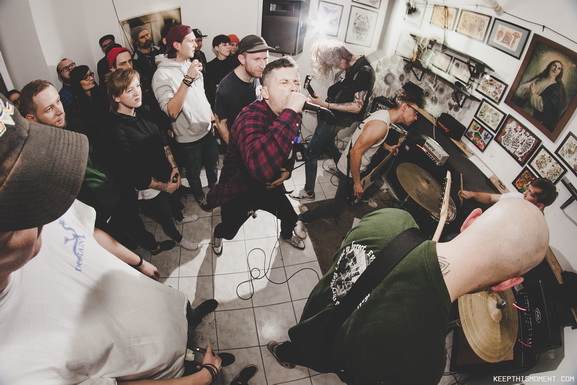 New born fire legion out of Poland. I recommend this to anyone who likes Arkangel and Reprisal and often finds themselves thinking how sick, corrupted and unmoral this world has become. What can I say, Orwellian is just THE shit, bruh. That record has all the time-honored and perhaps even cliched tropes of European metalcore golden age. The violence, the darkness, the mayhem. Get berserk!

For those unfamiliar with the band - what people should know about Embitter?
That’s a tough question to begin with and to tell you truth I am not sure where to start. I guess, all you need to know that we are a band supporting vegetarian & vegan lifestyle. Some of us are straight edge and we do love metalcore. Morning Again, Arkangel, Integrity - shall I name more?

The music on the Orwellian is dark and heavy and grimy in the best tradition of classic edge-metal. I was curious what made you gravitate towards that type of sound?
We had some kind of an idea what to play when we had recorded our first EP but looking back, it was some kind of a fight between directions we wanted to go. Starting the band we had different understanding of metalcore. Mine was Unbroken, Poison the Well but for example Adam’s was clearly Arkangel or Length Of Time. “Orwellian” is a more complex and solid piece in my opinion. It gives a clue what you may expect from the upcoming LP. We managed to work out let’s say our way to play this kind of music.
Keep Reading » 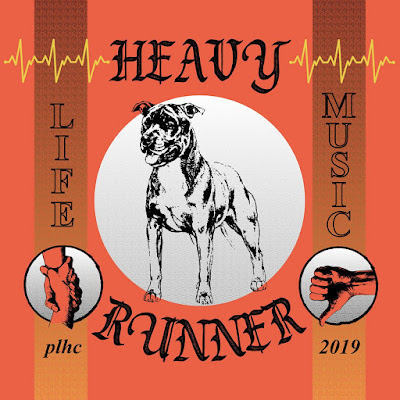 If you’re a fan of Stout but it’s too grimey for today, maybe it’s a Heavy Runner day?

At first glance, this is one of that not-to-be-fucked-with kinda bands, but put that Life Music to test and quickly realize this team of tough looking macho mother fuckers got nothing but love and PMA in their hearts. Lyrically, this is some uplifting and positive stuff. That type of keep-ya-head-up music that can get you through a rough day. And musically, the closest bands I can think of with Heavy Runner would be if Cold World, Stout, Biohazard, and Turnstile had a baby. I don't even know if that makes any sense, but that's how I feel. Life Music keeps a high standard of fulfilling the kind of formulaic shit I desire in a heavy ass hardcore while flying off in a some unexpected, crazy directions. This is the only beatdown record that I would feel comfortable playing at family bbq. Fuck negative shit, enjoy life! 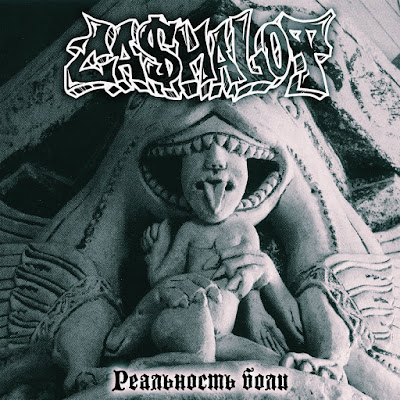 Ca$halot is one of the bands that you find on accident browsing bandcamp and end up really enjoying. Metallic hardcore from Izhevsk, Russia, a city over 1,200 km east of Moscow where they make Kalashnikov machine guns. Реальность боли came out in March and I've never even heard of it. The way it sounds is nice. Not amazing but nice. I think many of you will be surprised by the quality of Russian hardcore bands if you start paying more attention to the scene over there. 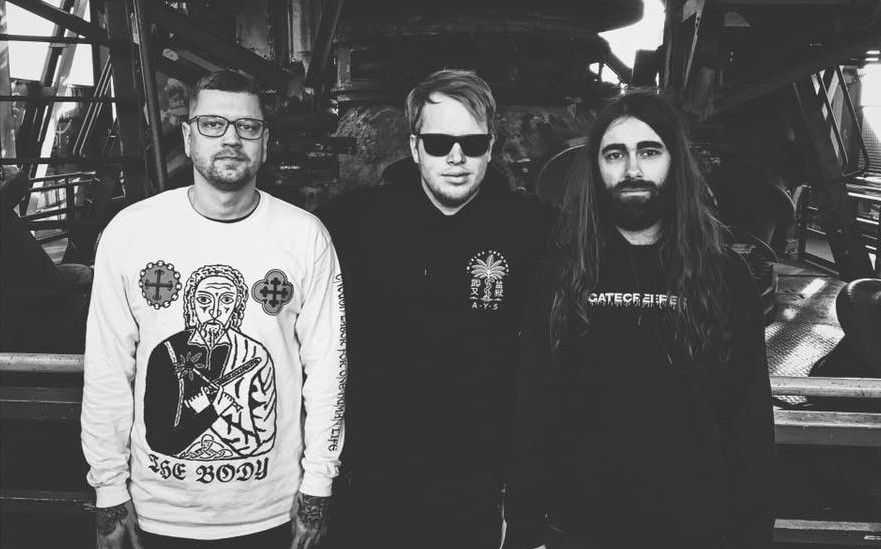 What’s your goal with this band?
Wow, that’s a tough one. Our Goal with this band? There are a couple. Writing better songs all the time. Bring heavier riffs, have thighter drumpatterns, wich fit the overall song atmosphere better, writing lyrics that display our feelings, yet deliver the message more on point, having better songstructutres… all summed up, becoming better songwriters. Then, we would say, become a better liveband. Play thighter, play a good mix of songs, have the sound as good and as heavy as possible, having the live process more professional technicwise. that last thing goes hand in hand with trying to play more professional concerts and also venues to deliver a better concert (for example when it comes to sound and light). On the other hand, we´ve always supported the diy scene in small squated houses and stuff. We don´t want to miss that and feel very compfy there as well. and if you play good, you can pull a great set in the most primitive (technicwise) places as well, that’s for sure. we would also like to see more places then we´ve had so far. we´re planing to visit at least 8 new places in 2019. lets see how this turnes out. for sure, we want me people to know about Chaver and to listen to our music. That’s for sure. a dream would be playing somewhere overseas. Maybe we get to have this possibility one day.
Keep Reading »
Previous < < < > > > More hardcore Home