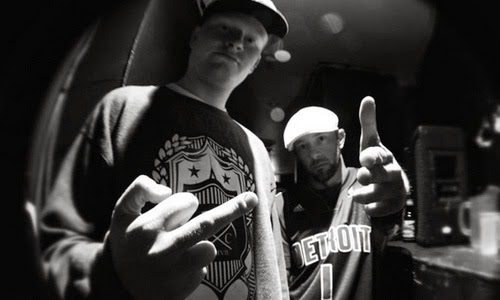 As promised, here's the second part of the interview with Joey Knuckles (check the first one if you haven't already). This time we focus on Suicide Kings, his rap project with producer Cole Young “DJ King Cole”, also of Gravemaker fame. Kings recently dropped their debut album 'Crown Of Thorns', which is the main reason for this conversation. The style of the record is straight up raw and aggressive hip-hop with guest features from heavyweights like M.O.P, Saigon and The Demigodz. Dope stuff!

As promised, here's the second part of the interview with Joey Knuckles (check the first one if you haven't already). This time we focus on Suicide Kings, his rap project with producer Cole Young “DJ King Cole”, also of Gravemaker fame. Kings recently dropped their debut album 'Crown Of Thorns', which is the main reason for this conversation. The style of the record is straight up raw and aggressive hip-hop with guest features from heavyweights like M.O.P, Saigon and The Demigodz. Dope stuff!


After The Alliance broke up, you’re mostly known from your rap projects. How did you first get into rhyming? Could you tell me about some of your earliest experiences as a rhymer?
Well I always fucked around w rhyming ever since the school days, ya know just fucking around n shit. A lot of underground hip hop cats in Detroit were also heavily into HC. My people like Aztek the Barfly who played in the HC band Bloody Knuckles Combat, my mans Cancer and Southwest Soul (Telapath Math) who were also in the HC band Undaground Disciples, so I was always rhyming w them, doing track together for fun n stuff. Their main hustle was Hip Hop and mine HC but we both dabbled. But it wasn't till I hooked up w King Cole from the Suicide Kings when I really started taking it serious.

How would you describe your style?
I pretty much write rap songs the same way I would HC songs in the sense of topics n what not, real life topics, things I've been through or seen, I write about what I know. Now obviously with hip hop there is just a much wider vocal world to explore, different ways of rhyming, working w sometimes 3 MC's on a track, the beat picking process etc.... I would say if your a fan of the more underground, rugged, gully style of hip hop the Suicide Kings will be right up your ally. We often hear people that know us from our HC background say "I usually don't like when HC cats start doing hip hop but you guys are good" hahah still makes me laugh 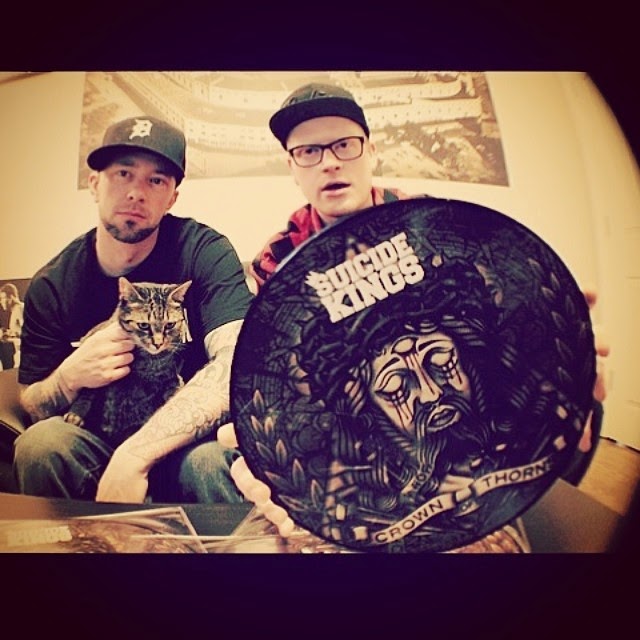 Coming from hardcore side of things, how much do you think hip hop and hardcore got in common?
For me and what I've noticed it definitely has a lot in common. But I think it really depends on where your from and what kind of HC or Hip Hop your listening too. We don't talk or rhyme about things that we can't relate to. I also think it depends on where your at, where you come from. I know in Detroit (where I'm from originally) it goes hand in hand, A lot of cats that listen too or play in HC bands listen to just as much Hip Hop. I'm now living in Calgary, Canada, and most people at Hip Hop shows here don't even know what Hardcore is. I think there is a real urban connection between the 2 styles of music thats why I say I think it depends on where you live or grew up, for us in Detroit it goes hand in hand.

Tell me a bit about your relationship with DJ King Cole. How did you together meet?
OK without taking to long this is a crazy story!!! I was in Detroit right after I got back from Thailand (I am a Muay Thai advocate) for about 8 months before I was moving to Canada and went to see Terror play at the legendary Detroit venue The Magic Stick. While outside I was talking w a friend about how I was moving to Calgary, Cole approached me from loading up a van and was like "I heard you say Calgary are you from there" I told him how I am from Detroit but was moving there at the end of the month. He said he was from there and I was like "what are your doing in Detroit" He explained how he played guitar for Gravemaker and was on the Terror cross country tour. We talked a bit more, exchanged numbers and three years later here we are.

What can you tell us about Crown Of Thorns? I like the boom-bap feel this album brings, was that a type of sound you were aiming for or is that just how it all spilled out?
That's exactly the sound we were working for so we're very happy with the outcome of this record, very happy. Along with throwing a couple of some top underground Detoir spitters (and good friends) on the record ( Aztek the Barfly and Cancer) we also had the opportunity to work with some legends like M.O.P and underground kings Apathy and Celph Titled who showed us much love, big shout outs to Celph and Ap

When choosing beats to rap on, what do you look out for?
Honestly its whatever catches my ear. If I have a "certain" thing I look for its probably heavy drums, I like my beats to really thump ya know, So no matter what the song is about it gets your head noddin

Tell us something about the guest spots on the album. The verse from Apathy and Celph Titled on Shotcallaz is pretty dope and that joint with MOP is fire.
Yeah again it was good to work with those cats, now of days a lot of production is done through email and what not but we really got to work on the Apathy and Celph Titled track a lot and collab back n forth on it. Especially on the video having them here and getting their input on that as we were shooting was really dope and the video for "Shotcallaz" turned out amazing.

Your dream collaboration?
Wow that's a hard one, I cant choose just one but some people I would like to actually sit down and collab on a song with would be DMX, Prodigy from Mobb Deep, Sean Price, and I've always been a huge Royce Da 5'9 fan, that would b dope.

The album came out on Knives Out. How did it come about?
I had seen the work that they did on the Providence and Hoods split and was so blown away by the artwork and the layout I just took a shot in the dark and contacted him. Tonr immediately seen the same vision we had for a picture disc vinyl and we started talking. We liked up with Matt Worthey who has done artwork for Madball, Comback Kid, H20 etc... Along with his and Tonr creative ideas the album came out absolutely amazing. With all the same dope features on the record we added bonus tracks w Snak the Ripper and Queens killah Danny Diablo, along with some instrumentals too. We really happy to be working with Kinves Out and hope to be in Europe this summer to tour. 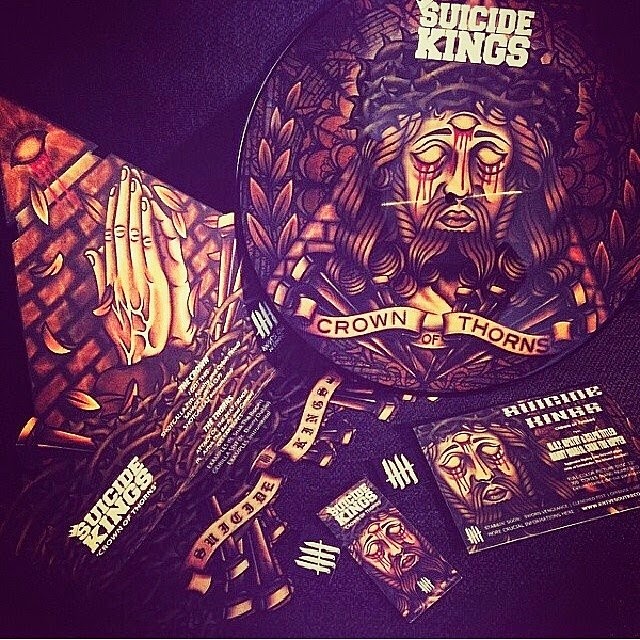 What future projects do you have in the pipeline?
Well we're consistently writing so we have joints in the vault at all time you know what I'm sayin. As far as planned releases coming up we have an EP entitled "Rock em to Sleep" that we're just finishing up the artwork on, I think we're gonna do a digital download for super cheap, like $1. Just to give something to fans that have been following us so far. After that we've been talking with Stay In California Records about doing a 7"vinyl release in early summer. We've also been talking w Ezec from Ill Rock Records about working together. Nothing is concrete with either label yet but we're working out details as we speak so hopefully it works out for everybody. Besides that we're always looking to work with like minded people, artists, promoters etc.......

Any shoutouts before we wrap up?
Yes big shout out to Tonr and Knives Out Records for hooking us up with you and your site to do this interview, shouts out to all the fans and anyone else that support Suicide Kings. Thanks to you as well for doing this interview, we appreciate the shine. Hope to see everyone in Europe this summer