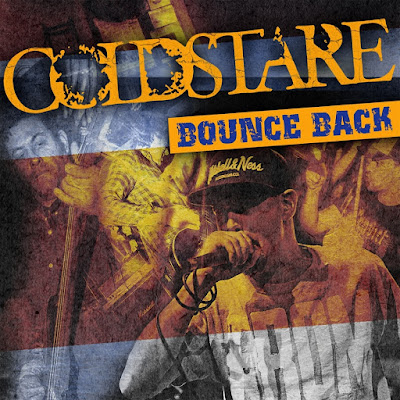 Cold Stare are four dudes from Belgium playing hardcore that sounds like Something's Gotta Give and Scratch The Surface put together. The vibe, the sound, even damn vocals all scream NYHC. And yeah, I forgot the lyrics. They scream NYHC too. Expect some heavy-ass testosterone injection as they drop tales of pride, brotherhood, betrayal and everything in between. These have been recurring themes since the beginning of hardcore but as long as human beings are fake, irrational and self-destructive, it's all valid topics to explore. Nothing to make you rethink your existence, but who knows? Maybe being down for the crew is the stuff that's been missing in your life? Read that shit and try to apply these principles in your daily life.

The title track is a personal favorite of mine for its positive vibe and good use of gang vocals. Time To Prove is another one I wouldn’t skip. Short yet dope track.

I would give it much higher rating but at times I felt it was longer than it needed to be. Not that they overcomplicate things, it’s just in the second half of the album there are moments when things start to drag a bit. But it doesn’t take away that this is a cool ass record that does a lot of what I like in hardcore.

Like I said, in many ways, the album is a blatant homage to old Agnostic Front Madball and so on, but there's nothing wrong with that. It’s a basic premise executed well. If you haven't heard it yet, do get on that.